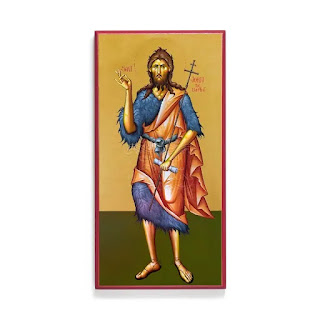 How do you get ready for Christmas?

Well, I don’t know about you but for me, certain things that have to happen: the tree goes up. The box of decorations comes up from the basement. Certain recipes are brought out. And we break out the Christmas music. I love it.

Don’t tell the Advent Police, but I think it’s kind of cool to go into a store and hear some pop singer sing “hear the news the angels bring.” I want to shout “Yay, team!”

Just the same, I must admit that, it is hard for the Good News to rise above all the noise about dancing snowmen and sleigh bells ringing. One of my antidotes to endless arrangements of the same old secular holiday fare is to drag out my CDs and find the Messiah by George Frederick Handel (1685–1759).

Handel composed the oratorio in just three weeks, from August 22 until September 14, 1741. He put the music together with the libretto prepared by Charles Jennens, which is nothing more or less than Old and New Testament passages from the King James Version of the Bible—then only 130 years old. It opens with poetry from Isaiah—the same passage we just heard today:

"Comfort ye, comfort ye my people, saith your God. Speak ye tenderly to Jerusalem, and cry unto her, that her warfare is accomplished, that her iniquity is pardoned" (Isaiah 40:1–2).

This is also where Gospel of Mark begins.

“The beginning of the good news of Jesus Christ, the Son of God” are the first words in the Gospel. From there Mark heads straight to the prophet Isaiah, who speaks of one who would come to make straight the paths before the coming of the Lord.

The Good News of Jesus of Nazareth, the Son of God begins with John, the one who is preparing the way. He brings words of comfort and hope: `Prepare the way of the Lord, make his paths straight,'"

Words of comfort imply that there are people who need comforting. Words of hope mean that there were people without hope. When John spoke those words, he was speaking to first century Jews and he quoted their own scriptures. He reminds them of something that God has already done.

About five to six hundred years before John the Baptizer and Jesus, in 587 BC, the Jewish people experienced a devastating trauma. The Babylonian Empire came and conquered Israel and razed Jerusalem, including Solomon’s Temple. They sent the Jews into exile hoping to wipe out all memory of this once-great nation.

But 50 years later, along came Cyrus, the ruler of the Persians who conquered the Babylonians. Cyrus allowed the Jewish people to return to Jerusalem and Judea and resume their customs and traditions. This is where we get the words that Mark uses to open his gospel. We hear these words of hope in Handel’s oratorio.

Prepare the way for the Lord! This is the message of John the Baptist brings more than five centuries after Isaiah. John prepares the way for Jesus, who through his incarnation, life, death and resurrection closes the gap and restores all of us to unity with God, each other and creation. But keep in mind: John knew he was preparing for something, he just didn’t know what. He would not live to see what he was preparing for unfold but would only catch a glimpse. John brought a message of forgiveness and hope. And he brought a message of change. He called people to turn away from sin and turn towards God.

A few years ago, I heard an extraordinary story of a person who leveled the way, who showed off the reign of God and the possibility of new life. When I heard it was like music to my ears. Maybe you heard too. It begins with a subway trip in New York City.

Every night, Julio Diaz, a 31-year-old social worker rode the subway to his home in the Bronx. And he always got off one stop early so he can eat at his favorite diner. But one night, his evening took an unexpected turn when Diaz stepped off the No. 6 train and onto a nearly empty platform. He was confronted a teenage boy who pulled out a knife and demanded money.

Diaz gave him his wallet, but as the teen started to turn and run away, Diaz called out, "Hey, wait a minute. You forgot something. If you're going to be robbing people for the rest of the night, you might as well take my coat to keep you warm."

The would-be robber looked at his would-be victim strangely and he asked him 'Why are you doing this?'" Diaz told him that "If you're willing to risk your freedom for a few dollars, then I guess you must really need the money. I mean, all I wanted to do was get dinner and if you really want to join me ... hey, you're more than welcome.”

So the teen and Diaz went into the diner and sat in a booth, where, of course, Diaz knows everybody. The manager, the dishwashers, and the waiters all come by to say hi. The teen is perplexed. “You know everybody here,” he asks. “Do you own this place?'" Nah, Diaz says, he just eats there a lot.

“But you're even nice to the dishwasher.'"

Diaz replied, "Well, haven't you been taught you should be nice to everybody?"

"Yeah, but I didn't think people actually behaved that way," the teen said.

As they talked, Diaz asked him what he wanted out of life. The teen was silent, answering only with a sad face.

When the bill arrived, Diaz told the teen, "Look, I guess you're going to have to pay for this bill 'cause you have my money and I can't pay for this. So if you give me my wallet back, I'll gladly treat you."

Without hesitation the teen returned the wallet. Diaz paid for dinner and then gave him $20 figuring maybe it'll help him. There was only one thing Dias asked for in return: the teen's knife.

We don’t know what happened to the teen who tried to mug Julio Diaz. But we can see from this moment—from this risky, “kids don’t try this at home,” outside the box, moment—that we all have the power in how we live to cooperate with God and herald the coming of Christ.

To prepare the way, people must change. And if we are going to, with God’s help, fill valleys of imperfection, level mountains of selfishness, and make straight the crooked ways of every one for themselves, anyone who brings a message of hope, anyone who offers a vision of God at work among us, anyone who stops to care for another all heralds of the coming of Christ and his redeeming work. It turns out that we have taken the mantle of John the Baptizer and we are the ones who are leveling the way and making ready for the coming of the Messiah.
Posted by Andrew Gerns at 12:01 AM

Email ThisBlogThis!Share to TwitterShare to FacebookShare to Pinterest
Labels: Advent, Being a friend and apprentice of Jesus Christ, Pandemic, Sermons, Theology