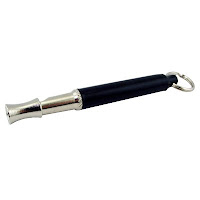 I found an interesting blog that is worth following it is called Stop Dog Whistle Racism.

"Dog-Whistle Racism" is political campaigning or policy-making that uses coded words and themes to appeal to conscious or subconscious racist concepts and frames.

For example, the concepts ‘welfare queen,’ ’states’ rights,’ ‘Islamic terrorist,’ ‘uppity,’ 'thug,' 'tough on crime,' and ‘illegal alien’ all activate racist concepts that that have already been planted in the public consciousness and now are being activated by purposeful or accidental campaign activities, media coverage, public policy and cultural traditions.

So, what’s dog whistle racism? It’s pure political theater to push buttons to win elections and policies by appealing to our deepest, unspoken fears. This blog attempts to identify, expose and respond to it.

I believe we know that both the ploy and the racism it addresses are sinful and that we are ashamed of it precisely because we allow it live only at the level of code-word, the wink and "you know what I mean." People in polite company no longer admit to these feelings and beliefs. But they exist on a very visceral level and they can be accessed with words and symbols. It is the dark side of what Jesus said when he said "if you have ears to hear..."

A quick perusal of the blog shows two examples of racism at work in this campaign.

This is cowardly in-your-face racism by a person who wants to strike fear into the hearts of his targets. In this case, the culprit evokes the state-sanctioned terrorism that we called "Jim Crow."

NEWBERG, Ore. (AP) — Officials of a Christian university say a life-size effigy of Democratic presidential candidate Barack Obama was hung from a tree on the campus.

The effigy was accompanied by a message targeting participants of a minority student scholarship program called Act Six.

Baker says he met with the students in the Act Six program, who receive full scholarships, late Tuesday and plans to address the school's student body Wednesday.

Of course, not all dog-whistle racism is so obvious. Often it is even more cowardly and more insidious. Here is a good example:

Hundreds of times in the past three weeks, cable television viewers here have been the exclusive audience for two of the roughest advertisements of the political season…. The advertisements, from a political action committee that is not connected to Senator John McCain’s presidential campaign, are running only here, in Macomb County, heavily populated by white, unionized auto workers, once considered “Reagan Democrats….”

The advertisements have stood out because of the group’s connections — including to its paid consultant, Jerome S. Corsi, the author of the highly negative, largely discredited political biography of Mr. Obama, “Obama Nation” — and what local critics say are their racial overtones.

“That’s all they are — race oriented,” said Ed Bruley, the chairman of the Democratic Party of Macomb. “I think some people will be affected by it, others will see it for what it is.”

It is a view shared by Democratic leaders, including Gov. Jennifer Granholm, who, in a recent interview with MSNBC, said of the advertising campaign, “The fact that it is being run in a predominantly white suburb tells you that there is an explicit effort to try to divide people by race.”

David Gergen calls out the McCain campaign about it here:

After I posted this and sent it on to a friend, I was directed to an article in today's New York Times. It is about the struggle of Roman Catholics who live in Scranton, PA, who are mainly democrats, deciding whom to vote for. While most of the article talks about the tension between those Catholics who look only at pro-life/sexuality issues versus those who advocate looking at the whole of Catholic teaching in choosing a candidate, the following little tidbit appears:

One parishioner ruled out voting for Mr. Obama explicitly because he is black. "Are they going to make it the Black House?" Ray McCormick asked, to embarrassed hushing from a half dozen others gathered around the rectory kitchen. (Five of the six, all lifelong Democrats who supported Mrs. Clinton in the primary, said they now lean toward Mr. McCain.)

Mr. Madonna, the political scientist, said of the Catholic vote in white, working-class Scranton, "This is a tough area for Obama and some of it is race."

Dog-whistle racism works because we will not name it and it works on a very primitive part of our brain--the part that controls fight, flight or freeze. Dog-whistle racism is one way that we act on our fears, often unconsciously. There are those who work hard to manipulate these very real fears to gain or obstruct votes. No matter which candidate we vote for or what our political stance, we have to decide as people of faith whether we are going to vote our hopes or vote our fears.

As Christians, we must remember that the opposite of faith is fear.
Posted by Andrew Gerns at 2:01 PM