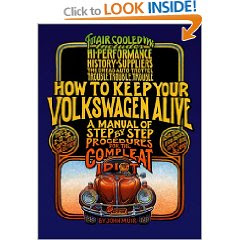 Fr. Dan Martin writes over on his blog about the travails of a priest he knows who has decided to join with his congregation in leaving the Episcopal Church for an Anglican province in another land, while still ministering in the same locale. He writes:

"This past spring, after an extended period of discernment, the parish voted, with the concurrence of the Rector, to abandon its property and re-organize itself under a new name and in a new location under the oversight of an offshore Anglican province—for the same list of reasons that so many others have recently done so. In the weeks leading up to the parish vote, this priest was forthright with his bishop that he intended to remain with the majority of the parish, and that he hoped he would be able to depart with the bishop’s blessing, and receive Letters Dimissory to the new jurisdiction. He was informed that this would not happen, and that he would be inhibited and deposed under the Abandonment Canon. Indeed, he has since been inhibited, and the canonical clock is ticking down to an inevitable deposition."

When I read this, and the comments that flowed from it, I could not help but think of my tool box. I drive an American-made Ford. I maintain and sometimes even drive an MG Midget. I have owned VWs, pre-yuppie (and pre-GM) SAABs and even a (pre-yuppie) BMW.

One cold rainy night long ago I learned that the only two American-sized bolts in an entire VW Squareback are the half-inchers that tie the battery cables to the battery posts. It was then that I discovered this handy truth: you can remove a 1/2 bolt with a 13 mm crescent and socket without stripping the bolt--or skinnng your knuckles (much).

This was great because I discovered that generally whenever I needed to turn a metric bolt only my American tools were at hand. Or the other way round. It is a basic example of the laws of the perversity of inanimate objects.

Another time I learned that you can apply metric tools to American bolts only so often, with much trial and much more error and that sooner or later something important will break. When you try to do this too often, the focus becomes making the wrong tool work instead of fixing the bloody thing in the first place.

Which brings me back to the subject of differing, and now overlapping, Anglican jurisdictions.

The priest in Dan's post sought a letter dimissory to another Anglican province even though he would be ministering within the same geography that he currently lived in. Presumably, while licensed by that other Anglican Bishop, he would never actually live in, set foot on or minister to the citizens of that other Anglican Province. The answer he got was a "no" and the evidence of his desire to leave the Episcopal Church was his conversation with his Bishop. Things appear to have gone down hill from there.

Letters dimissory are a peculiar American animal, designed mainly to deal with the movement of clergy between one Episcopal diocese and another. It is as unique to the Episcopal Church as is our requirement of Standing Committee involvement in Episcopal Elections...as unique as Standing Committees, for that matter.

What is normative, I believe, in other Anglican Provinces is the license of the Bishop of the Diocese where the priest wants to minister. Letters dimissory don't really exist elsewhere except in the communication between one bishop and another.

Some of the questions concerning the movement of clergy between the Episcopal Church and other provinces are then describing two different tools trying to do the same thing but with different measurements. The fact that a 13mm socket will also turn a 1/2 inch bolt is handy, but two represent different standards trying to do the same thing and only occasionally overlap. Continued use of the two standards on the same car will result in many stripped bolts and skinned knuckles, and nothing very much fixed properly.

The Canons are unclear (and therefore often unhelpful) on the point of the difference between movement between one church in communion with this Church and another because they attempt to mesh two different standards for the same tool. The problem was not a huge one because the need for "conversion" was only occaisional and could be handled on a case-basis.

Similarly, no one (who wrote the canons) envisioned using a geographically separate Anglican jurisdiction as a lever to supplant and replace an existing Anglican Church.

Our Canons are certainly not adequate to the challenge these two innovations have created but it is not one of The Episcopal Church's creation. In fact, this very ambiguity is essential to the overall strategy of those who want the Episcopal Church to go away.

Back to Dan's friend who is now facing deposition.

When a priest becomes a Presbyterian or a Roman Catholic, then one has clearly renounced both this church and her or his ministry within this church. Same soil, different church.

When a priest wants to minister physically move to England or Nigeria and function as a priest in the Church of England or the Church of Nigeria (AC) , then there are both temporary and permanent mechanisms for that. It is possible to retain order procured in the Episcopal Church and become a full part of the other church, it will be a matter of working the levers of both the former and adopted church to make that happen. In this case 1/2 inch roughly equals 13 mm. The .3mm difference is not significant.

The problem is that one side wants the conversion to exist as if the diocese the clergy wants to go to is functionally on the far side of the globe--even though he is staying put.

And the other side says that since Anglican Provinces cannot intrude on each others present jurisdictions, the letter dimissory/license of the Bishop cannot apply.

What works fine for two geographically separate jurisdiction both in Communion with Canterbury becomes something else when one province tries to set up shop in another provinces territory.

The challenge is what canon to apply to this strange situation. Since we are seeing the rise of at least two new American denominations with strong claims to and high value in being in Communion with Canterbury being formed within Episcopal Church territory, how do we in the Episcopal Church make the proper canonical adjustments in an environment that is as charged as ours? I agree with Dan when he says:

(The redacted letter he posted with persmission) is telling for the light it sheds on the extent to which canons are being ignored, bent, and twisted, all for the sake of . . . well, I really can’t figure that one out. It’s no secret that I do not advocate orthodox Episcopalians jumping ship. But I can empathize with those who find it necessary to do so, and it seems we are shooting ourselves in the foot by not trying to navigate these troubled waters with more charity, compassion, and holy ambiguity.

I wish and hope for a better way forward. In any event the clean up will be very difficult. We are now focused on what tool in our limited box will work for this particular fix. We are now focusing on the tools more than what we set out to do in the first place. For the moment, it is certainly true that 1/2 inch does not equal 13 mm. The devil is truly in the details.

See Fr. Dan Martin: Confessions of a Carioca: The Devil is in the Details.
Posted by Andrew Gerns at 9:01 AM