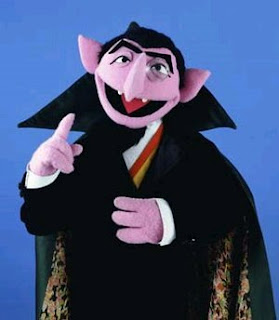 One thing I love about the fellows who founded the Anglican Province of North America is that they so darned earnest. And they count creatively. Everyday a new number!

During the newsconference after the formation of ACNA, The Rev. Peter Franke said:

"700 churches are clearly involved that are not part of Anglican Church of Canada or TEC. That’s 100,000 people in pews on Sunday morning."

The 100,000 number has been repeated over and over again in the press. But is that membership or is it average Sunday attendance (ASA), and how did they arrive at that figure?

How many of them actually departed from the Episcopal Church rather than were gathered from other already existing denominations. And how many are from interest groups that are not churches but whose membership lists overlap? And how many of these folks are in a diocese or parish that claims to be a part of one of these groups, but haven't themselves signed on?

As Jim Naughton writes on the Episcopal Cafe:

Are these folks being counted once, twice, four times? Anyone who has ever managed a mailing list knows how difficult it is to “de-dupe” that list when names from multiple sources are combined into a single database. It seems extremely unlikely that Bishops Duncan, Minns, et. al., have done this work.

We won't talk about the strange kind of counting that has attracted the attention of the constabulary in a certain Colorado county towards a certain priest.

They call themselves (among other things) the Third Province Movement. They want to be the third province in North America.

We will not predict what will or will not come out of this meeting, but simply continue to be clear that The Episcopal Church, along with the Anglican Church of Canada and the La Iglesia Anglicana de Mexico, comprise the official, recognized presence of the Anglican Communion in North America.

If all your plans work out, this would make you a fourth province. Or the only province. Depending on how you count.
Posted by Andrew Gerns at 10:50 AM

That means every parish has an ASA of 143. Pretty amazing and also extremely doubtful!