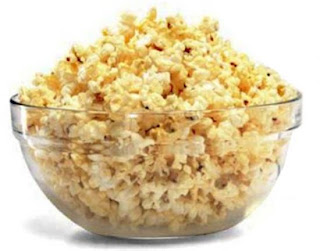 I am suspicious of sequels. Some (most!) movies should never have sequels. It seems, though, that Hollywood can’t resist the temptation. If they have a good story, and if the film is a hit, then producers want to see if they can catch lightening in a bottle twice, maybe three or more times. And even if the first sequel works sooner or later the whole thing just collapses.

About ten or fifteen years ago, the estate of Margaret Mitchell authorized someone to write a sequel to “Gone with the Wind” with an attendant television mini-series (turns out no one would risk a theatrical film). The fans of the original novel and famous 1938 film had tons of questions about whatever became of Scarlett O’Hara, Rhett Butler and Tara. Frankly, my dear, they shouldn’t have bothered.

Hell, to me, would be an eternal movie house with locked doors, endless popcorn with not enough butter, a bottomless cup of flat soda ice-water, where the people next to me talk and twitter through the whole film and where the only shows playing would be the middle movie of a three movie “franchise.” Imagine endless back-to-back showings of “Back to the Future II!” Ugh!

There are lots of films with open-endings. What happened to Benjamin and Elaine after they rode off on the bus? What did Shane go when he walked off into the prairie by himself? Did Rick and Captain Renault really begin a beautiful friendship? Do Phil and Rita stay in Punxsutawney?

And then there is the biggest cliffhanger of them all; the biggest lose end of all time: Will Mary, Mary and Salome overcome their fear and tell anyone about the angel and the Risen Jesus?

Mark’s Gospel ends on an open question. The women go to the tomb of their friend, master and teacher, Jesus to finish caring for his body. Jesus was executed on the cross and his dead body was placed in the first available grave. They approach his grave wondering how they are going to get in, because the tomb had a big stone rolled in front of it. When they arrive, they find the stone rolled away, an empty tomb where a dead body ought to be. Instead of their dead friend, they find an angel. The angel says that Jesus has risen from the dead, just as he said. And the angel tells the women to tell the other disciples and then go to Galilee where they will see Jesus.

But they don’t. The women are so frightened and so confused that they run away and don’t tell anyone. No one at all. That is the end of the Gospel of Mark. We are left wondering, well….what happened next? What now?

Besides the fact that Mark loves playing with this theme—earlier in the Gospel, when Jesus wanted people to be quiet, they could not contain themselves and now when they are supposed to tell, they are too scared to say a word—Mark, who is after all writing to Christian believers—is throwing the story back in our lap. There is no sequel. We are the Gospel now.
Mark’s gospel can be described as a Passion Narrative with a long introduction. Everything hinges on the cross. Jesus dies on the cross. He is not injured. He is not knocked out cold. He is not in a coma. He died. And in that death, God is at once glorified and the rift between humanity and God is healed.

A century or two or three after Mark, some of the early Christian scribes could not stand the ambiguity. They had to borrow from the other Gospels some neat, tidy ending that made everything okay. They wanted a sequel that wrapped everything up and left no questions unanswered.

Except that the resurrection is not a sequel. It is not a convenient day-saving plot device, like the cavalry riding over the hill or the hero suddenly reappearing from certain doom. Neither is the resurrection a metaphor for going to heaven or the spiritual musings of some fanatical followers.

Jesus who was dead is now alive. The other Gospels describe Jesus as physically present. He meets his disciples. He speaks with them and interacts. He touches, he looks, he eats. But he is paving the way for the rest of us. He is still human. He is showing us the life and humanity that God wants and has in store for us.

This is good news because our lives are often a series of unanswered questions. We wonder how things will turn out. We wonder if there is a purpose or reason for us. Making meaning out of real life—our relationships, our choices, our families, work and play—is something we all strive to do. Without meaning there is no hope, no direction, no future and not much of a past. And as we seek meaning, we will write scripts for ourselves and for those around us.

The resurrection shows us that while God may not have written the script—we are free people, after all—we all have a direction and a guide and a hope. God desires for us to live in a vital, healthy relationship with God and each other and all creation. God wants us to be aware of the people around us and the world we live in. God has made capable of love and has given us the ability to choose to move towards that love and to act on it.

In Jesus’ incarnation, God shows us that God cares for creation and for us, and that we are to care for the people around us. God’s creativity is reflected in our creativity. Our desire for right reflects God’s longing for justice.

And in Jesus’ death, we see that God will not only join with our humanity, but God will enter into our suffering, take on all our pain, sorrow, fear and all the wrongs we have done, and even take on death itself.

Think of what gets in the way of a full life for us. Think of the things deep in us that cause us to feel alienated, lonely or without purpose or hope. All these things are left behind in that empty tomb. With the resurrection, real life begins.

We begin to take part in that real life right now. Through faith and in our baptisms, we join with Jesus in continuing the story. Through Holy Eucharist and the rest of our sacramental life; through our life among other Christians, and in our caring for others we discover this new risen life unfolding in us right here, right now.

The cross is not the end and the resurrection is not a sequel. It is the beginning of renewed, redeemed life. We are not a sequel, either. We are the Gospel story unfolding.