Easier than you think 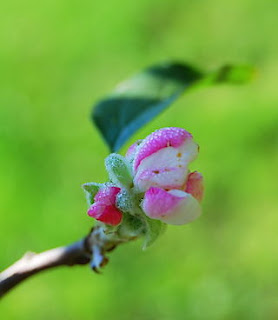 Prediction is harder than it looks, but I can tell you one thing with some certainty. If past years are any guide, come late February or mid-March, our Archdeacon (who is a stubborn and unrepentant Yankee fan) will invite us clergy and some folks on diocesan staff who love baseball to predict who will win the pennants and the World Series in the upcoming season. I still owe him a lunch because he was, alas, more correct in his prediction than I was. But both Father Stringfellow and I did better than some serious, professional sports prognosticators. I looked back at one respected sports magazine to find out that, according to them, the Tampa Bay Rays were supposed to have beaten the New York Mets four weeks ago in the World Series. (Sorry, Fr. Wayne. Even in a fantasy universe, your team can’t seem to catch a break. What a shame!) But, as I said, prediction is harder than it looks.

Even though we are not so good at interpreting signs and wonders, I think that most of us tend to agree on one thing…whatever happens at “the end” (whenever that is) it will probably be very, very big.

Just this month, there was a new popular television series depicting visitors from outer space whose almost angel-like (but too perfect to be true) appearance reassure us from up in the sky not to be afraid, because they bring peace to the earth. This new series has recycled an idea from 1980’s, which of course is an idea much older that than that.

I remember a time when another sort of visitor appeared at my front door. You would think that when these characters with their newspapers and tracts are greeted at the door by a person wearing a clerical collar they’d just clear their throats and move on to the next house. But, no! I become a personal challenge instead! So they begin to preach to me about the end of the world. Now ever since my first-grade teacher taught me how to “duck and cover” when the whistles go off, I have been dreading this, so I suggested to the visitors that they might consider preaching a different gospel. Maybe one about how much God loves us and forgives us and offers us a new life of grace. They said no; this was their story and they were sticking to it even (especially!) if it means scaring people to death.

The intent of the church on the First Sunday of Advent is not to spoil a perfectly good holiday season with talk of the end of the world while the culture around us is set for weeks of parties, gift-giving, family reunions. The idea to take a moment at the start of this New Year to take the long view, to have an end in mind, so that we have some idea of where we are going on this journey of faith. And it is in fact helpful and comforting to know when and where God’s kingdom is being set-up, so we won’t be caught off guard.

Allow me to offer a hint, maybe in a way more useful that my front-door (and other alien) visitors.

Jesus does tells us that there will be “…signs in the sun, the moon, and the stars, and on the earth distress among nations….” He says “People will faint from fear and foreboding of what is coming upon the world …”

But he also offers another sign of what God is up to. This pointer is an invitation to step out of the hub-bub and into a daily, practical, attitude of expectation that underscores what Advent means. If you really want to know what God is up to, look to small, everyday things. "Look at the fig tree and all the trees,” Jesus says. “As soon as they sprout leaves you can see for yourselves and know that summer is already near. So also, when you see these things taking place, you know that the kingdom of God is near."

Leo Tolstoy, whom we tend to associate with the epitome of The Great Big Novel, wrote a short story about a cobbler whose hope for a dramatic revelation of God is answered by the everyday sightings of God as love in action, in charity, justice, and compassion toward the people the cobbler meets each day. If one is looking for the kingdom of God, the signs are closer than you think. The real challenge of Advent is not to look for God’s arrival in the big, the dramatic, and the cosmic. It appears that where God shows up most powerfully is right here, right around the corner, maybe right before our eyes.

Christians live in hope. Christians live in faith that looks forward. We live knowing that in Christ God will, and does, draw all people to himself. We know that God made all things, the Holy Spirit animates creation and the risen, ascended Christ fills all things. We Christians believe that God shows up in unexpected places and shakes up the cosmos. But even we Christians are often surprised when we are reminded that this happens in ways we don’t expect. Take Christmas. It is a celebration that the same Word of God that ushered forth creation is born a little baby. God has this way of sending us great big wonderful gifts in wondrous little, everyday packages.

Everyday we see the buds on Christ’s kingdom tree. Look at our Ark Soup Kitchen every Saturday. Look the food pantry that the churches and synagogues of Easton comes together and support at our ProJeCt of Easton. Look at the crew who goes about delivering Meals on Wheels from our parish or who routinely give blood in our name. Look at that Angel Tree covered with tags in the back of church. Look at the volunteer from a church men’s group who rings the bell for the Salvation Army. Look at the woman who drives an elderly person who no longer drives to the store to help her with her Christmas shopping. See God’s reign established around the world with the bikes, soccer balls and solar lanterns we will send to our sisters and brothers in Kajo-Keji this Christmas. See God’s reign being established in the people who visit the homebound and shut in or who bring communion to them as well as those in hospital. And God’s kingdom may just arrive in the mail from the hands of other folks, some homebound, who write birthday, get well and baptismal anniversary cards for our parish.

The signs of God’s merciful kingdom come through the hands and hearts of the many, many faithful Christians who persist in corporal acts of mercy no matter who is in office and even if they happen to disagree with whatever the local city council or state legislature decides. These everyday acts of mercy and kindness show us that God’s kingdom is coming right here, right now, right where we live. We don’t need to wait. We can be ready now.

And it easy to get a front row seat for God’s kingdom arrival. Just go to our Mission Table and pick out a time and a ministry when you can see for yourself how God changes lives and shakes up the cosmos.

Because it turns out that prediction is easier than it looks. It’s easy to see when the kingdom of God comes, if you know where to look. Look for the moments when we choose love and forgiveness and so overcome hatred and fear.

These are the moments when we know that our prayer “Come, Lord Jesus” is never prayed in vain.