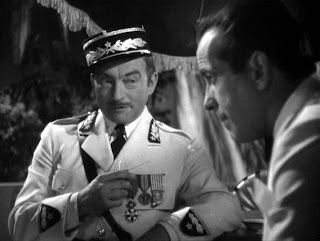 Have you ever noticed that the first people who are the most startled by the existence of sin are Christians?

Think about it, the people who gasp the loudest, protest the most vehemently, and appear the angriest when confronted with the possibility of sin in their midst are very often Christians...or at least religious people.

We all know who are the ones who demand the most perfection first, right? The ones who want the laws or the codes or the punishments to regulate people who act out in a way that these folks consider sinful. Yup, you guessed it. The Christians. Unless, of course, you draw a cartoon (any cartoon critical or not) of Mohammad. Then it’s the Muslims. Or if you act like a Buddhist (or a Christian) in certain parts of South Central Asia, then it night be someone from some kind of an Hindu sect who might burn down your temple. You get the idea. But it is still strange that religious people are so shocked by sin.

It’s strange because you would think that religious people, especially Christians who believe that we are saved by grace and who follow a God who went to such lengths to confront the consequences of human sinfulness, would be a little more sanguine about the reality of sin. “Well, you gotta love ‘em, people are just so human aren’t they?” I mean the closest I ever hear of a Christian who accepts the reality of sin for what-it-is is the recovering alcoholic who sees another alcoholic’s behavior but doesn’t rage, and is not shocked but says: “There but for the grace of God, go I.”

In the eighth circle of Hell, according to Dante's Inferno, in the sixth "pouch," reside the Hypocrites. All those who feigned righteousness but were inwardly wicked live there. They are doomed to spend eternity walking in circles wearing cloaks that are dazzling gold on the outside but lined with lead on the inside. Thinking oneself better than others, which is perhaps the most common form of hypocrisy, is a sin that is a constant temptation to God’s followers throughout the ages.

I probably should not admit this, but in many, many ways, I really admire Simon the Pharisee. The person who is hosting Jesus in today’s Gospel has such as easy, relaxed manner. He invites Jesus over to the house for dinner. Gets to recline and talk theology, the weather, and whatever passes for baseball in the first century. Simon and Jesus appear to be on a first name basis, which, you have to admit, is kind of cool.

You don’t get to be on a first name basis with Jesus by being sleazy. You don’t invite Jesus over for dinner by being a religious hard-liner, either. I mean, yeah, Simon was a Pharisee, but back then that really wasn’t so bad.

These days we might call someone who is nit-picky about religious rules “a pharisee,” as in “he is being pharisaic,” (well, okay, maybe only in crossword puzzles…!) but that image comes along much later when the Gospels are being written down by people who were far away from the everyday life that Jesus saw. This might surprise you, but in Jesus’ day, the Pharisees were generally the reformers, the good guys. They dearly wanted people to follow the heart of the Law—to love God and to love neighbor---from the heart. And they looked for ways to help people to be observant, faithful Jews even if they lived far, far away from the Temple. They wanted being a child of Moses and an inheritor of the Covenant to be lived spontaneously, from the heart. The Pharisees did not worry about the Temple practices of sacrifice so much because the family, the Synagogue, and the community was more than enough.

I like Simon the Pharisee, because, well, Pharisees-R-Us! If I lived back then, I’d be a Pharisee. I’ll bet that if Simon were alive today, he’d be an Episcopalian.
Really. He’s one of the good guys. And he is shocked by sin. Not in the Inspector Renault kind of way. He is deeply troubled that sin happens and can come into his house. And he is even more shocked when this woman, who is described as a “sinner” (whatever the heck that means!) is being so, well, dramatic around Jesus. Weeping and washing his feet with her tears and Jesus does not seem to care? What’s up with that?

Well, actually, Jesus does care. Just not in the way you, or me, or Simon thinks.
Jesus tells his friend a parable about two debtors whose debts have been forgiven. After the story, he quizzes Simon on this, as any good rabbi might. Of the two, who is more grateful? The one with the greater debt, Simon says.

Simon, Jesus says, you are I are on a first name basis. But this woman is weeping and washing her feet with my tears. We are having a cozy little get together, but she is massaging and washing my feet with ointment. We are having a nice chat, but she can’t stop saying thank you. So though her sins are many, her gratitude is deeper. Her faith, her awareness of the depth of her forgiveness, is what is driving her.

Jesus reminds Simon (and us) that those who recognize the depths of their sin are more honest than those who think their sins are relatively minor and insignificant; consequently, the former, when they are forgiven, will be more in tune with God than those who think they have little or no sin.
He also reminds his friend Simon that he and Jesus’ other friend, the woman who crashed the party, that they have one very important thing in common: they are both forgiven.

I think Jesus’ little parable might have startled Simon because I will bet that he believed himself more or less free from sin, almost above the fray, so he neither seeks nor receives forgiveness. His day-to-day hypocrisy was not that he was religious zealot or dictator. His problem was that he thought he pretty well had it figured out. This is how most everyday Christians get fooled into thinking that we have no need of God or God’s forgiveness. We think that sin, the really bad ones, are for the other guy, just like we think that hypocrisy is only for those crazy people.

I don’t believe that the woman was a bigger sinner than Simon…but Simon did, and that was the problem! Since he thought that he had his act more or less together, it was not hard for him to turn the woman into an “other”, about whom rules are made and on whom conditions are placed. The kind of person we might say we welcome but whose presence is merely tolerated. Even two thousand years later we struggle with this.

The woman was not a bigger sinner than Simon, she was just better at recognizing her sin, and she was more honest about admitting it. Psalm 51 says our sins are always before God--we can't hide them. As we say this, too: Remember that prayer we say every time we come into the space?

Almighty God, to you all hearts are open, all desires known, and from you no secrets are hid….

And as we plumb the depths of our forgiveness, I think we will find ourselves a little less shocked by sin, a little more ready to forgive, better prepared to cut people some slack, and a lot more grateful to God for the magnificent, extravagant welcome that we have all received.
Posted by Andrew Gerns at 10:07 AM

I can't parse this sentence. What does it mean to violate act?

marnanel: Yes. This was an impossible-to-parse sentence. It has been fixed. Thanks.