Whatever you call it, keep speaking of faith 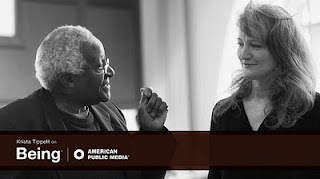 Brand change is in the air. Radio Shack wants to be called just "the Shack". Never mind that that really smart phone in your pocket, not to mention your laptop connected to the world without wires, is a very complex, very talented radio. Two-way, even.

The restaurant with the funny red roof is now simply "the hut". Jobba can still meet Cousin Pizza there, I am sure.

The YMCA has been reduced to "The Y." Most people I know have always called it "the Y", but now they won't have the burden of the M, C or A to carry around--unless the DJ at wedding receptions has something to say about it. The reason is that The Y is recognizing something that everybody has known for at least a generation: the Y has not been about Men for a very long time; it is a dues-paying health club and community agency and not an association. And Christian? Uhm, not.

Heck even NPR is just that. It is no longer National, Public, or even Radio.

Now I find on Facebook (no doubt, soon to be called "FB" or "the Face") that one of my favorite shows on the radio is re-branding itself. "Speaking of Faith" will no longer speak of faith. It will speak of "being." The show is going to be called "Krista Tippet on Being." Not 'bing'...that's something else. "Being." Two syllables.

Here is what host Krista Trippet says about the change:

We believe that Being is also a title with room to grow into, while Speaking of Faith has taken us as far in public media as it could. As much as we filled it with new meaning, the program’s title remained an obstacle for many programmers and listeners. The story we have heard again and again is that people have had to get over the title, or find themselves listening to the show by accident, before they were ready to give themselves over to our content. We have heard that, for religious and non-religious people alike, the title Speaking of Faith makes it hard to talk about the program with friends and family — to spread the word “virally,” as word spreads in our time.

Part of me wants to be flip, and say "well, at least you can change your brand." Wimp.

But I understand that this was a serious process for them, and I do respect that. It's just that a change in the brand can only take one so far. Come to think of it, to the extent that brand defines mission, then maybe the name change reflects a certain reality.

Which is why I am disappointed.

First of all, the loss of a good public pun is never a good thing. But most of all, I am sad because one of the few efforts that understood and talked about faith in the best sense of the term has now caved into the culture's anxiety about, well, faith.

Here is what I wrote as a comment on the SOF Observed blog (with typos fixed):

I am sorry that you have joined the bandwagon and decided that "faith" is anathema and uncommunicative. In choosing the name change, you have cut out half the equation of faith and cut the heart out of the matter.

While I am a Christian and a member of a main-line denomination, I agree with all the writers who commented upstream who say that "faith" has nothing to do with religion, organized or not.

Much of the critique against traditional religions in all their forms is that so often our behavior is contrary to our words and stated beliefs. This is a fair criticism. It is also an obvious one.

Spirituality that does not act, that is neither ethical nor compassionate, is a poor faith indeed. To avoid speaking of faith because we are afraid of the mistakes we might make--that we might be confused with the many who have made mistake and done harm in the name of their faith--is to retreat from the risk of acting for the better. Sooner or later a mature faith requires us to change, which in itself is an act of faith.

Spirituality becomes faith when beliefs and longings become action. When what we sense, or hope for, or pray is translated into change that cause us to act, then we are living our faith. Acting on the change is in itself an act of faith because we never know where it will lead us. Choosing to rise out of privatized belief, choosing to see faith as a gift instead of personal possession, is to move into a life of faith. And it will be public because it will affect our relationships, our work, our creativity. Having faith is by definition risky business.

When prayer, meditation and a sense of inner well-being translate into actions that care for people, cherish our planet and work for justice and integrity, then we are living a life of faith. Where our being affects our doing. Faith made real in such ways is a demonstration of love.

So my disappointment is that choosing to say in "being" sounds beautiful but it is also safe. By reducing faith to an idea we avoid the constant prompting and the disturbing challenge to rise up out of ourselves and step out into this troubled, imperfect and beautiful world in faith.

Ms. Trippet went to Yale Divinity School, so I know she knows this: Faith is not just about "being". Even the existentialists of the last century figured that out (or should have). "Being" and "Doing" both comprise faith. If faith that acts badly, unethically or does harm is the enemy, so is a complacent existentialism, that is stuck in the head or reduces belief to a mere self-improvement program on the level of good diet and regular exercise...or worse, to the level of the couch potato.
Looking back, I should have seen this coming. The ads that WHYY-FM put up to promote "Speaking of Faith" bent over backward to say what it is not. They almost apologized for the very idea. One announcer would say something like "it's not a sermon, but..."

I should have seen it coming when the same station took a home-grown stab at imitating Edward R. Murrow's great "This I Believe." They put out a pleasant, but not very deep, reflection on what caused people to feel personally fulfilled or at least better about themselves. They were mental potato chips for people like me who listen to public radio. The challenge of faith, the decision to stand for something and struggle to live out a belief in a complex world was to be avoided.

And keeping the program stuck at 7 am Sunday morning doesn't help. No matter what you call it, if you keep "Being" stuck in a religious ghetto you are not going to get very far. Don't ask me how I know this.

After I wrote my comment on SOF Observed, and looked again at the picture above, I am sorry (but probably grateful, too) that I did not mention that the person with whom Ms. Trippet is pictured is perhaps today's best known embodiment of faith that speaks. The faith that overturned apartheid and the faith that led a divided people to begin to tell the truth, was a Christian (!) faith that transformed people's being and guided, motivated and challenged their action. To speak of faith, Archbishop Tutu has shown us, is to challenge evil and to incarnate hope.

I believe that faith lives at the intersection of 'being' and 'doing'. Faith by definition challenges. Faith also has content, and as a Christian I believe that content is important and life- (world-!) changing. But outside of my own beliefs and tradition, I believe that way we find unity and real understanding between persons of many faiths is not to make what we believe generic, general and genial but to say what we believe and listen carefully to each other. The other part of the soon to be missed public pun was that within faith there is something of substance of which we can speak.

We can talk about what we believe, how it motivates us, changes and challenges us. We can ask questions of each other about the content of our beliefs, inquire not only about the gaps but listen also for the richness. We can learn from each other about how we pray, how we see and listen, and how what we believe...and what we question...changes us and impacts those around us. My work as a chaplain and parish priest and my life as a Christian has shown me over and over again how, through my faith, I am drawn not only towards the fullness of God but towards the fullness of each other.

That dialogue itself requires faith, which can be stormy, and it will change us for the better.

Maybe I will get used to the new name of the program, but I hope I won't become too comfortable with it. Whatever you call it, whatever you do and wherever you are, keep speaking of faith.
Posted by Andrew Gerns at 10:27 AM

Great post! I also live in the greater Philly area, and -- especially as an ordained minister myself -- used to wince whenver that ad for "SOF" came over WHYY's airwaves: "Don't expect a sermon, but a lively and intelligent discussion of issues that matter..." Ouch! Obviously, preaching is supposed to be more than that, but surely we don't want it to be less!