How many Muslims will have to say "I'm sorry" before we will forgive? 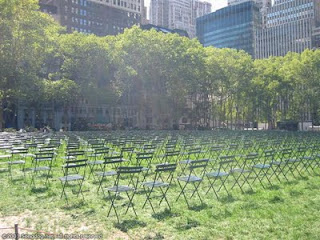 Today on the tenth anniversary of the terrible attacks in New York, Shankesville, and Arlington, there will be many virtuous words spoken at ceremonies all around the country. There will be words like honor, courage, sacrifice, duty, community, and, yes, remembrance and hope. But it takes Jesus to use the word many dare not—or cannot—say: forgiveness.

Leave it to Jesus—through a strange coincidence of lectionary, calendar and culture—to say the unmentionable word. He reminds us on this most solemn day that the heart of the Christian faith, the whole purpose of God’s redeeming work—God’s incarnation in Jesus Christ and his ministry, suffering, death and resurrection—is forgiveness.

But how can we forgive? Can we forgive 9/11 anymore than our parents and grandparents could forgive Pearl Harbor? Maybe not but do you remember who were some of the first people to come to New York within weeks of the attacks and offer a word of condolence to people devastated by terror and destruction? Elderly residents of Hiroshima and Nagasaki who survived the explosion of atomic bombs over their cities 56 years before, that’s who. They came to the City in later in the fall of 2001 to meet groups of survivors and loved ones. Their explicit message: we survived; we lived; now we offer you both comfort and wisdom from what we have learned. Their implicit message: If they can forgive, perhaps…?

We have come to think of forgiveness as a ritual act of letting someone off the hook. When we are caught with our hands in proverbial cookie jar, we expect a little finger wag and a knowing smile with a firm but winking “don’t do it again.” But applied to anything really, really big--where lives or fortunes or egos are at stake-- we find ourselves saying “You’re not going to let them get away with that, are you?”

To which the reply is—who said that forgiveness is letting anybody get away with anything?

When God forgives, God makes whole. When we forgive, we participate in God’s wholeness.
Today’s Gospel is the classic story of Peter asking his Master how often we should forgive. What’s the upper threshold of forgiveness? Jesus’ answer: there is no upper threshold of forgiveness. No ceiling. No tipping point. Instead, the question is: what can we do to participate in God’s wholeness?

The Owner who forgives the slave in Jesus’ story, is already something of a sap. He must have been a person extravagant in lending, because the slave has amassed an impossible debt. Ten thousand talents is a sum great than all of the holdings of King Herod in Jesus’ time. And when he has reached his tipping point, when he can bear no more debt, he decides to throw the slave, and all his family, into debtors prison and auction off the goods. The slave pleads for mercy, and receives it.

But, perhaps thinking that he’d better start paying down that principle, he goes and shakes down another slave to whom the first slave lent about 100 days of wages—throwing him in the same prison the first slave escaped.

Of course, the Owner catches wind of this and throws the first slave In jail and tosses away the key.

The problem with the Slave in Jesus’ parable is that he thinks that forgiveness is only about having the score card wiped clean, about being let off the hook. He was free to be as selfish as ever because he saw forgiveness as an escape from punishment. What the Slave did not learn was that forgiveness changes us. As he was forgiven for an unpayable debt, so he was to forgive extravagantly.

The lesson in Matthew is that as we Christians have experienced extravagant forgiveness in Jesus Christ. Now we are to share that same extravagance with others. Not just the ones who we catch with their hands in the cookie jar—everyone. Forgiveness is at the heart of living the Gospel.

Bishop Andy Doyle of Texas notes how Christians love to talk about “the Grace of God and how we are exonerated from our own sins and slavery to them;” and yet, the most obvious part of the passage is also the most difficult. We are to act with others as God has acted with us. We are to be as magnanimous a forgiving agent as Jesus Christ was upon his cross: "Forgive them for they know not what they do." It was not for nothing that Jesus put at the heart of his model prayer that we are supposed to pray all the time: “forgive us our sins as we forgive those who sin against us.”

Since this part of Matthew’s Gospel is all about life in the Church, we might be tempted that the only people we are supposed to forgive are other Christians. Well, looking at the last ten years, we’ve done a really good of that haven’t we? No, on this point Jesus gives us very little wiggle room.

You see, we focus on the person who wrongs us. Jesus is much more concerned that, instead of keeping score of wrongs that we live in the way of Jesus. “Be humble Jesus tells us. Do not despise others. Do not allow anyone to be lost or to stumble. Seek after the one who walks away. If another person sins against you go and be reconciled with them. You go and find them. Take others and find them. Go out and find them. Be careful what slavery you cast on others as it will bind you. Receive the forgiveness of debt and likewise forgive others.” (Doyle)

In the run up to this afternoon’s Interfaith Service of Remembrance and Hope, I have had the experience of being chewed out by people telling me that they can’t bring themselves to take part in the service because (a) it was not patriotic enough or (b) we invited a Muslim to take part. While I would state my case, in both cases this was not a moment to change minds because the pain that dwells behind the anger was too great. One person's major complaint to me--coming from a first responder who was there--was this: The Muslim's never apologized. Never mind the Islamic religious leaders who condemned the violence. Never mind the Muslims who also died innocent victims of the same attacks and worked the pile and cared for the injured. These were good people, who live good lives and try hard to be faithful. Their losses were so great and their experience on 9/11 so intense, one must not attempt to convince, one can only accompany. And for that, I'll take the chewing out. Because for them, I had crossed some line. We both knew it. And they were not going to let me off the hook--and their responses haunts me.

But if I were Jesus—which I am not—and if I were faster on my feet, I might have asked a question that comes to me in my dreams: “How many Muslims must say ‘I’m sorry’ for you to forgive? Seventy-times seven? Seven? One? One million? How many?”

You see we have a choice: we can organize our whole lives around the injury, we can build our own existence around either re-living or avoiding past hurts. We can live under a constant state of threat. Or we can face the truth of the injury, walk through the pain and the grief together, hear our conflicting and over-lapping stories and we can build our lives around reconciliation. That may mean facing the person who has injured us, not letting them off the hook, but doing whatever we can to seek out reconciliation.

Nation-states and communities will do what they do to keep us safe, but at the end of the day peace does not rest on safety. It rests on reconciliation. And because we cannot do what God requires of us without God's help, we have to rest on that extravagant mercy, that extravagant forgiveness to shape us, changes us and direct to bring that same realistic, sharp-eyed forgiveness to each other.

As we once again look at the image of the burning towers and the towering smoke of their collapse, we have the same choice as our forebears did in the desert as they followed that flaming pillar of God’s presence. We can walk the path of revenge and retribution, holding to ourselves the right to judge and inviting God to do things our way. Or we can journey into the desert, repent of our own need to exact vengeance and enter God’s way, God’s kingdom.

Christ brings us a different covenant. Not a land to be conquered, but a life to be lived and a creation reconciled to God. Jesus forgives. And to do that he walked into the maw of human sin and darkness, all so that we might know the extravagance of God’s generous love and share that mercy as extravagantly with all God’s people.
Posted by Andrew Gerns at 6:53 AM

Thank you so much, Andrew. I will share this with several friends. Good words for a day when I thought there might be no good words. May we continue to walk on this blessed and difficult path together.

This is really beautifully done. Thank you.

“How many Muslims must say ‘I’m sorry’ for you to forgive?"

None. Because the only Muslims who could apologize are the ones who hijacked the planes and crashed them. They are dead, and God will have to be the one to forgive them.

I did not lose anyone I loved on 9/11--so that may make a difference. I hope not, but I acknowledge that I am not working from a place of grief.

I have a much harder time forgiving the politicians in this country who have cynically used 9/11 to turn us into a terrified nation of sheep, willing to see our civil liberties and our freedom eroded for some false illusion of "safety."

It was those people I was thinking of today as we read the scriptures--and as my priest DID focus on forgiveness and how we are called to give it. It will not be easy, but there's no getting past it, is there?