Choosing the anchor of certainty over the sails of comprehension 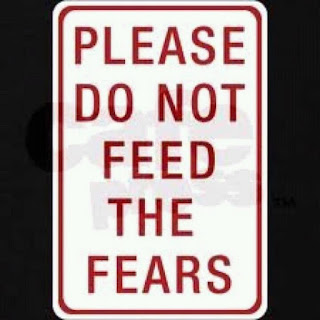 Joseph Bottum in the Weekly Standard writes about the rumors that Rowan Williams will resign at Archbishop of Canterbury next year and the end of Anglicanism as we know it. In the process, he starts in a useful direction and then drives off an ideological deep-end.
Early in the essay there is a decent, if rather conventional, analysis of Anglicanism today. He writes:

Anglicanism remains widespread, with 80 million members around the world, from the Episcopal Church in the United States to the followers of Henry Luke Orombi, archbishop of Uganda. England is still the largest Anglican province, with 26 million members, at least nominally. But far more Anglicans are in church on a Sunday morning in Kenya and Nigeria than in Britain, and the center of Anglican belief is now firmly in Africa—a major part, as Philip Jenkins noted in his 2002 book The Next Christendom: The Coming of Global Christianity, of the nearly complete conversion of sub-Saharan Africa to Christianity over the last 100 years.
The rise of the African church could have made Canterbury an important player in international relations—not exactly a rival to Rome (Catholicism’s one billion adherents make that unlikely) but at least a second European center with which Africans would have felt a relation and to which they could have looked for intellectual and ecclesial authority.

Then he drives off an ideological deep-end, and in the process misses the point of the importance of Anglicanism to Christianity and our essential witness to the world. Along the way, he missed the disappointment if not the outright tragedy that has been Williams' tenure as Archbishop.

In all likelihood, the forcing of the issue of same-sex marriage will lead the African churches to withdraw from communion with the Western churches—while the churches of Europe and North America will denounce the African churches, choosing allegiance with standard-issue Western liberalism over the orthodox teaching of their own faith.
And thereby the world will lose one more of the old ties that might have bound it together. Freed from their African anchor, the Church of England and the Episcopal Church in America will move even further in a pro-Muslim, anti-Israel direction, providing yet more cover for fashionable liberal anti-Semitism. Let loose from their allegiance to Canterbury, the African churches will quickly move toward forming pan-African denominations that will feel entirely distanced from Europe and America—and will help build the belief the global South owes nothing to the West.

Yes, it has been sad to watch. Thank you for giving voice to it.

Love the image too.

Thank you for this insight into the ABC. I am not angry with the ABC for being opposed to LGBT folks as much as I am disappointed for his failure to be himself--to be the person that God created him to be. I think you have outlined that eloquently here.

Thank you for a fine post, Andrew. You point to the tragedy of Rowan Williams. He gave up his voice.

When Rowan asked his good friend Jeffrey John to step down from his appointment, I had the sinking feeling that he'd made a misstep from which he might not recover, but I hoped against hope that I was wrong. Alas, he never did.

"I will bet many progressives did not know, that when he became Archbishop of Canterbury, he [had had] membership in the a group called The Society for the Protection of Unborn Children."

Count me among those progressives.

Had I known of his membership in an organization I would characterize as "oxymoronic", I would have been less *surprised* (as well as disappointed) in oxymorons such as "Homophobia=Bad/No, Jeffrey you can't be bishop because you're what they call 'homo'".

There's some "Assume Crash Positions" preparation I could have done in late 2002/early 2003, had I been better informed...

Not a believer but Rowan is a parody of the Mainline Protestant. Satire throws up it hands at him.