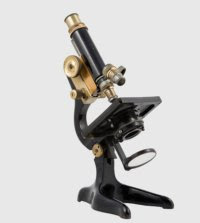 Last week the famous biologist and pop-atheist Richard Dawkins met the Archbishop of Canterbury, the Most. Rev. Dr. Rowan Williams, at the Sheldonian Theatre at Oxford University to debate belief in God. This is not the opening line of a joke. It really happened.

The Guardian reported on the debate and said this:


Dawkins played the passionate and inspiring preacher perfectly. …He quoted a poem by the biologist Julian Huxley and launched into his credal statement: "The laws of physics have conspired to make the collisions of atoms produce plants, kangaroos, insects, and us."
"Darwin", he said, "gives courage to the rest of science that we shall end up understanding literally everything, springing from almost nothing – a thought extremely hard to comprehend and believe."

Against this mystery and power, Williams played the part of the humble seeker after truth, looking always for fresh evidence.

"A soul is something that does not cease with death," said the archbishop. "What it is, I have no idea. A number of images, but no idea." More research is clearly needed here.

Dawkins was baffled by this attitude: "Why you don't see the extraordinary beauty of the idea that we can explain the world, the universe, life, how it started from nothing? That is such a staggeringly elegant and beautiful thing. Why do you want to clutter up your world view with something so messy as a god?"

"I am not thinking of God as something extra that must be shoehorned in," Williams replied, stepping back from this slash with Occam's razor.

“Why do you want to clutter up your world view with something so messy as a god?”

Episcopalians believe in dinosaurs and the God of all creation. We accept modern science and the person of Jesus Christ.

The trouble with Christians who try to make the evidence of nature “prove” the story of creation in the Book of Genesis is not their faith. It’s just that they are confusing one kind of knowledge for another. We Episcopalians say that the authority and nature of the Bible suffers when we make it into a science text-book. Doing that also harms faith because it assumes that faith and science can’t live in the same room. If this were true, then there could be no Christian doctors, nurses or veterinarians; there could be no Christian pilots, sailors or astronauts; there could be no Christian biologists, physicists, mathematicians, musicians or artists. The fact that there are Christians in all these fields tell us that different kinds of knowledge can operate in concert.

Nothing closes down the life of faith faster than teaching that faith is incompatible with the other ways of knowing. There are a Christians who ban instrumental music, eschew dancing or who think that science hurts faith. But we are a part of a tradition that values diversity, allows hard questions to be asked and discussed, and touches all of our senses when we worship.

We also embrace all the ways that we discover truth. So our faith looks in wonder at a universe where both Newtonian laws of motion and quantum mechanics operate at once. The life of faith revels in a world where all kinds of art and music flourish at once.

The life of faith gives meaning and, therefore, a different kind of structure to the other kinds of knowledge.  This is why Dr. Williams was right when he said “When I want to solve problems of 21st century science I use the methods of 21st century science. When I want to understand my place in the universe, I reserve the right to go back to Genesis."

Sometimes we think that the faith-knowledge should act like other kinds of knowledge. This usually trips us up. The week before he met the Archbishop, Dawkins debated another Anglican cleric, The Rev. Giles Frasier. Dawkins was complaining that in a recent survey most people in the UK who called themselves Christian could not name the first book of the New Testament and could not accurately name the Ten Commandments. He said—sounding a little like a fundamentalist preacher himself—that most people who say they are Christian are just “ticking off a box” but do not have real faith. Frasier asked him to name the full and complete title of Darwin’s text “On The Origin of the Species.” Dawkins could not do it.* If Christians don’t get all the facts right and don’t practice their faith 100% that does not make them less Christian. Just as Dawkins’ inability to recite Darwin does not make him less of a biologist.

What Dawkins, and many other people—atheists and believers alike—forget is that faith is a kind of knowledge we all seek and use. It does not matter if one is an atheist, deist, a Muslim. It makes no difference if one is a Jew, Buddhist, Hindu or Christian. We all have it. We all seek to know the world and make sense of it. I did not say we all agree! And I did not say that it was all equally valid! I did say that one way we all know the world is to some degree through the knowledge of faith.

Faith helps us make choices about how to respond to each other. Whether we choose to see life as abundant or empty, miraculous or scary, flows from the kind of knowledge we call faith.  This is why the Archbishop could sit in contented, agreeable silence while the scientist ticked off the complexity of the universe. Dawkins sees an awesome, mysterious, beautiful world that has always been there. Williams saw the beauty, awe and complexity and behind all that God.

As we enter this Lenten season, and go forward towards Jesus’ passion, death and resurrection, and as we as a community of faith enter into the mysteries of Lent and Easter, I am struck by how much knowledge we share.

The fact that we all—not just in our parish, but everybody—use and are drawn towards the kind of knowledge we call faith is for me a sign that God is in fact real. The fact that we all seek after truth, meaning and beauty is a sign of God’s very presence with us.

Christians believe that in Christ, we meet and know a God who knows us.

The opening prayer in our Holy Eucharist talks about God, to whom “all hearts are open, all desires known, from whom no secret are hid.” Think about all the ways God knows us. They mirror and reflect all the ways we know God. God knows how we are made, God knows our abilities and potential, and God has faith in us to become the kind of people God knows us to be.

* = The full title is: “On the Origin of the Species by Natural Means of Selection or the Preservation of Favored Races in the Struggle for Life.”

This is the essay for the March-April edition of the parish newsletter of Trinity Episcopal Church, Easton, PA.

Email ThisBlogThis!Share to TwitterShare to FacebookShare to Pinterest
Labels: Being a friend and apprentice of Jesus Christ, Faith and Culture, Faith and Science, Lent, Reflections

Dawkins can't prove that beauty and elegance exist, so why does he speak of them? Could it be that he references - gasp! - transcendence?

Exactly! He operates with more than one kind of knowledge, including, as you say, transcendence!

I think you put your finger on it, when you say that Dawkins and Williams are talking about different kinds of knowledge. Dawkins claims to accept no other type of knowledge other than scientific empirical knowledge, but he breaks his own rules all the time. Has the Archbishop has said elsewhere: "You're not just describing the universe. You're in love with it! Well, where does that come from?"

I was surprised with just how crude Dawkins sounded when pressed by sound philosophical questions.

Thanks for this. Just read this after having major doubts about everything!