The joy of being found

A sermon for the Seventeenth Sunday after Pentecost, Proper 19C 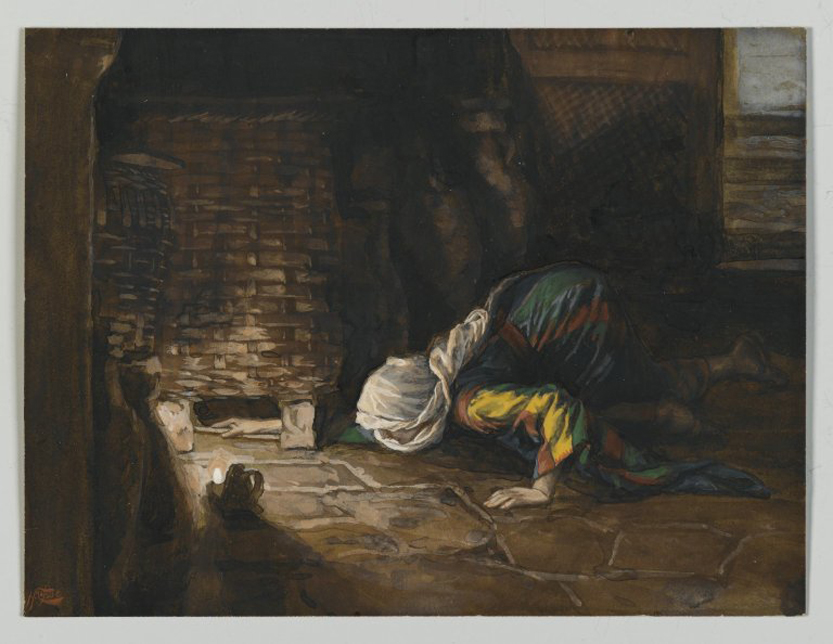 NASA says that of over 22,000 inventory items on the International Space Station,638 of them (just under 3%) are missing. Things like screwdrivers, small parts, M&Ms, you name it. It seems that in micro-gravity, no matter how much Velcro you use, how much duct-tape, and how many pockets you have, things have this way of escaping.

In the Space Station, they have something called a "scavenger hunt bag." It's a clear zip-lock bag and when someone comes up with something that doesn’t belong, they put it in the bag and show it to mission control to see if they can track down who it belongs to. If it’s claimed, they put it in the next Soyuz capsule and send to back to Earth.

In 1989, astronaut Sonny Carter was on board the space shuttle Discovery when he lost his watch. It just came loose and floated off his wrist. He and the rest of the crew searched every nook and cranny…there is no “down” in space, remember! After the Discovery landed, technicians still could not find the watch. Remember that they used to take the shuttle and put it in a big building and all but reassemble it to get ready for the next launch.

On Discovery’s next flight, another astronaut, Steve Hawley, found the watch…and a package of salt tablets, and a hair brush and a “Go Air Force” bumper sticker. All of these items had worked their way behind a maintenance panel under a cushion. It was a cosmic version of coins in the sofa!

Astronauts are not the only ones in the Cosmos who find that things sometimes get away.

Jesus says that God is like a woman who has ten coins but, when one is lost, sweeps the house and cleans out everything until the coin is found. God is like a shepherd who leaves the 99 sheep to find the one who is lost. God is like the woman who celebrates with her friends when she finds the coin. God is like the shepherd who rejoices when the lost sheep is found. When we are lost, God just doesn’t just wait for us to come home. God looks for us.
We know what it means to lose things. Sometimes we dread the possibility that what we lose might not end up in a celestial lost-and-found…that we could be lost forever.

One of the things I love most about this passage is that Jesus is not preaching efficiency or a cost-benefit Gospel. When the shepherd sees the one sheep missing, there is no comfort in knowing that MOST of the sheep are there. And the woman doesn’t say “oh, well! At least I have nine coins!”

In a version of the story that Jesus told that did not make the Bible (from the Gospel of Thomas) the shepherd goes out to find the one sheep because it was 'large.' That author felt the need to add extra value to the lost sheep because without that little detail the story was just ridiculous. But in the Gospels that are IN the Bible, there is no modifier. The lost sheep was not bigger, fluffier or prettier. It was just a sheep.

Jesus’ parables of the lost teach us about God's love for every one of us and the lengths that God will go through to find us. They tell us that we are all precious, and we are all worthy of God going to ridiculous means –the patriarchs and prophets; the incarnation, the cross, resurrection and ascension; and all the holy women and men who have come along since!—to bring us home when we are lost. God has sent whole search parties to turn the place upside down and sweep every corner just to find…you! 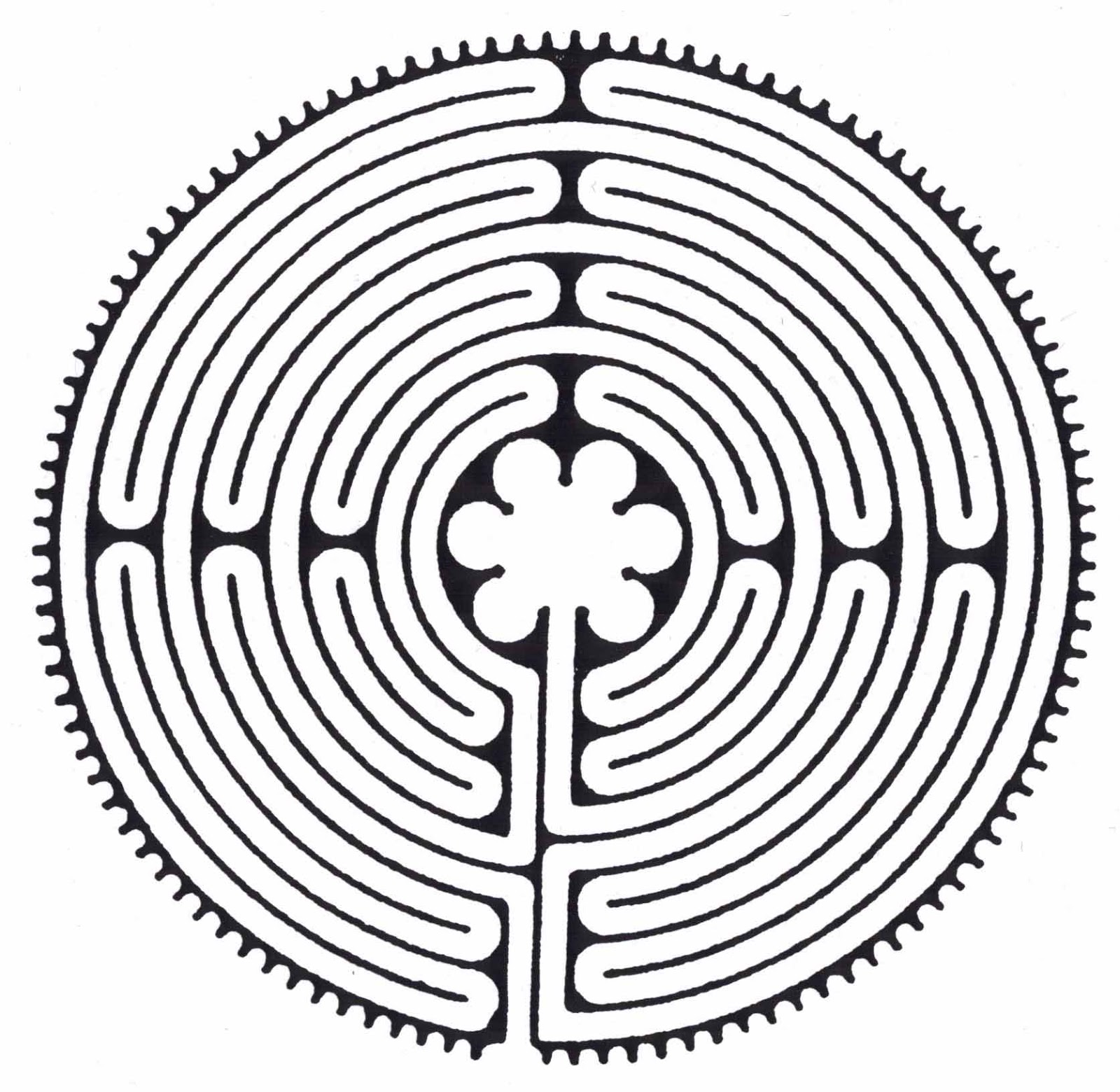 Have you ever prayed while walking on a labyrinth? A labyrinth, in case you’ve never seen one, is a kind of maze. They were popular in the middle ages and you can find them in some cathedrals in Europe. They are popular again, and there is one at Trinity Church, Mt. Pocono and one for kids at Grace Montessori School in Allentown.

I have a little desktop version that is made of metal where I trace the path with a stylus {which is different than the one pictured here). Not only is it lovely to look at and hold, it is sneaky. It fools you. It was laid out by someone who understood life. So with the stylus, you enter at the outside of the circle and head straight for the center, your goal, but at the last minute you are diverted, circle the center and then head back to where you started. Just when you think you are about to head out the door and...whoops! ...there you are ! Diverted again and headed back towards the center. And in attentively, prayerfully and silently drawing this circular path that folds back on itself, you discover a metaphor for the spiritual journey, for the life in Christ, that is true everyday. It is a picture of the basic truth of spiritual living: that we are in many ways  lost and we are  in many ways found and as we learn to prefer nothing but Christ, we find that God finds us over and over again.

On your journey, how have you known being lost and being found? Maybe you have moved from addiction to sobriety. Maybe you have moved the emptiness of grief and loss and found healing. Maybe you have found healing after an abusive relationship, a trauma, or a violent past. Maybe you have had to come to terms with bad choices that have hurt others. Maybe, without any extra drama except for that which everyday living brings, you have been distracted by the cares of this world, in caring for aging parents or raising children, and just wonder where all this is going.

Imagine as you walk up to communion and walk past that baptismal font to receive Christ’s body and blood, that you are on a journey from wherever you are lost to a celebration for being found and the heading back out in the world not as a lost person, but as a found person—one who has been rejoiced over!

Time and again, we find in Christian community and sacramental living that God has this way of meeting us exactly where we are, at exactly the point we need. That no matter where we find ourselves, there God is, often in the form of a loving person—a spouse or partner, a teacher or co-worker, a mentor or therapist, a sponsor or friend—who both embodies the God who seeks us and the rejoicing in heaven.

God does this over and over, sending people to us when we need them the most, putting us in the places where we can get help even when we would rather reject it. Sometimes we sheep and coins don’t want to be found…we hide like that watch on the space shuttle…but God doesn't give up on us. Ever.

God is like a woman who has lost a coin. God is a like a shepherd whose sheep has wandered away. God is like the one who celebrates when what is lost is finally found. Jesus teaches us in Luke’s Gospel that no matter how far away we may stray, no matter where we find ourselves, we are never too far away from God’s love. God seeks us, God’s grace is ready to embrace us and rejoices when we are found.

It might seem crazy that in all the vast universe, God would go to such lengths for even one of us. But that’s how God is. Each of us are that important!

Email ThisBlogThis!Share to TwitterShare to FacebookShare to Pinterest
Labels: 3n1-1n3, Being a friend and apprentice of Jesus Christ, Prayer, Sermons