The incompetence of force 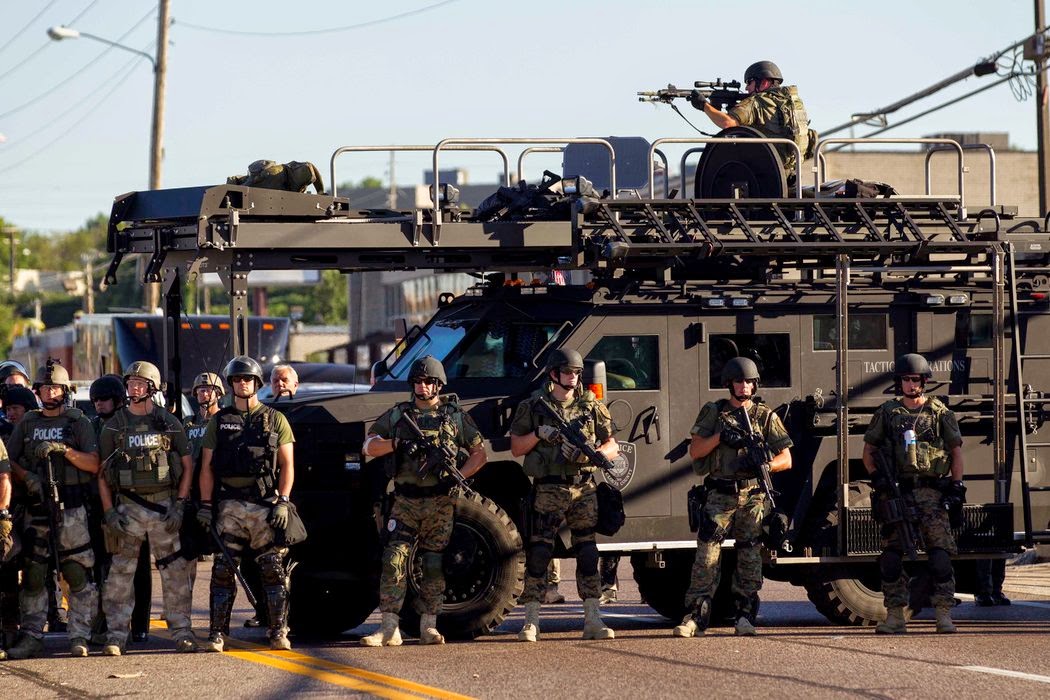 In watching the events in Ferguson, Missouri unfold, I am struck by the sheer incompetence of the police and the ineptitude of the political leadership. Their reactivity and fear is adding fuel and oxygen to the fire on top of the heat that already exists in the community they are supposed to lead and care for.

They lack moral imagination and it is making things worse.

It is clear as the police empty the streets, enforce curfews, and confront protesters that the police forces there are well equipped, apparently disciplined and well versed in the use of their considerable technology. They seem to understand the tactics of crowd control, riot suppression and the use of what they deem minimal force to control violence. Apparently, the chief of police and the political leaders are listening to their lawyers (and maybe their media consultants) and doing everything "by the book."

But they have forgotten "why" they do what they do and for whom they do it.

The chief appears to be honestly mystified by the anger he and his officers have engendered. The political leadership seem singularly incapable of doing what is necessary to both direct and control their police and to calm and dialogue with their citizenry.

So they apply more force. And in return they get more anger, rage, and violence.

Right from the start, in their apparent adherence to procedure, they showed a startling disregard for the dignity of the people they were supposed to be protecting. They forgot--if they were ever aware--of the fact that the police are not outsiders who keep order, but fellow citizens who maintain the peace so that society can function in a civil manner.

The media face of the government in Ferguson is the police chief. Except for well-scripted sound bites, it does not look like the politicians of that community are going out into the community to listen, to dialogue and to lead. Instead, they are hiding behind the cops saying "protect us", and then I will bet blaming those very cops for not quickly calming things down.

Every one in leadership is apparently looking only to "salvage" a "situation" and so save their own skins.

And so the police are not alone. The political leaders of the community have also apparently forgotten why they are there. They are not there to be "in charge." They are there to govern. Which is different from exercising authority. Governing means, among other things, that they must have the consent and the cooperation--the trust--of the people. Good governance requires a moral framework and the kind of courage that does not need body armor.

We have done this to ourselves. As a society, we have given into fear and reactivity, and our political leaders have done nothing to help that and have even encouraged it! And the police have become the expressions of the very things we fear the most.

It should not surprise us that politicians don't govern because they are instead focused on winning. They don't function in a democracy because they don't understand it. Democracy is not about garnering enough votes to win elections--which is why gerrymandering and cash politics are so rampant. Democracy is a mechanism to govern with the maximum participation of the governed. It is the way we have organized ourselves to order our common life, preserve our liberties and get things done. And, oh yes, keep us safe.

Policing is about order but only in the sense of maintaining that fine balance between enforcing the law and creating the environment where the law is respected, understood and obeyed in the context of a society where all the citizenry are trusted to play their part. So while the police put away the bad guys--the murderers, the thieves, and the vandals--they also make it possible for people to go about the business of being citizens--going to work, going to school, keeping the economy going and taking part in all the different kinds of discourse that make a polis work day to day.

At the same time as our political leaders have forgotten how (and why it's even important) to govern. They debate. They stir people up. They seek their constituencies and play to their base. They use amazing technology to win votes and when they get to their offices they raise money so they can do it all over again and leave the actual work of governing to others.

We have given our police the most amazing tools ever created. Since 9/11, we have thrown so much money at policing so that now every little jurisdiction either has or can quickly call up a military style special weapons team. They have the technology to quickly reconnoiter situations, process suspects, communicate with one another, and quickly out-gun and control any situation. They have learned just enough psychology to use intimidation as a tool. They know the law and have a procedure and policy for every contingency.

But none of this is finally useful when the people who use it don't know why they are doing what they are doing, and the tools become and end in themselves. They come to see themselves as the adversaries of the very citizenry they are called to serve.

In some ways, it's too late for the solutions that could have prevented this. Because if they understood their neighborhoods, had relationships with the people they police, and if they designed their policing so that the people would have a voice in how they are to be policed this would not have happened.

Because in that kind of environment, the body of Michael Brown would not have been allowed to lie in the street unattended for hours.

Because in that kind of environment, the police would have a basic understanding of the dynamics of race and would have built the relationships of trust that might have made the confrontation less likely in the first place.

But both the police and the political leadership have failed their people because for all the technology at their disposal--the police in their riot gear and the politicians with their ability to manipulate elections--they are incompetent because they have no imagination for why they are doing what they do. They are incompetent because they have forgotten on whose behalf they police and govern.

In 1968, on the night that the Rev. Dr. Martin Luther King, Jr., was assassinated, Robert F. Kennedy was campaigning for the Democratic Party nomination to be President of the United States. He was scheduled to hold a political rally in the African-American neighborhood in Indianapolis. His advisers and the police told him not to go. There had already been two summers of riots in cities all over the US and, of course, Bobby's brother the president has himself been assassinated.

Instead, Bobby stood on a flatbed truck, announced to the crowd of King's murder, and then spoke to the people. He spoke of his own feelings and his own experience. He quoted to the shocked and grieving people the Greek poet Aeschylus. He talked to them of pain and of hope.

Kennedy brought nothing to Indianapolis except himself. He did not even have a speech writer craft those words! He brought with him the experience of a man who moved through tragedy from ruthless political operator to a man with a moral vision. His moral vision was not only for himself but for a nation.

Other cities burned that night. Indianapolis did not.

Ferguson burns this week because of the incompetence that grows out of a lack of moral imagination.

Once again we are experiencing the lesson that the best technology and the best training in the world will not guarantee a moral outcome. A moral outcome requires people with a moral imagination to meet people where they live and who have the courage to work solutions out of the pain and contradiction of the moment.