Evangelical...just not in the way we expect 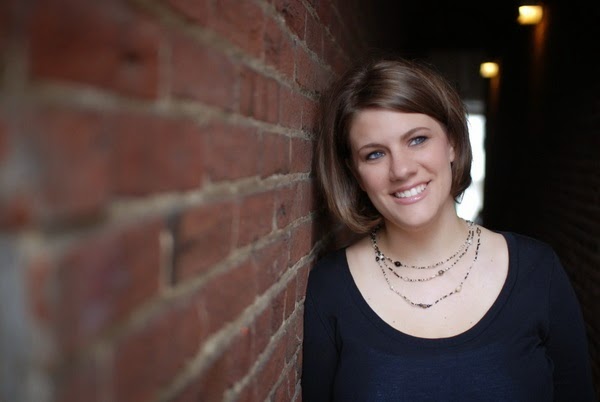 The news that Rachel Held Evans, one of my favorite Evangelical writers and thinkers, is now a communicant in an Episcopal Church has made something of a splash.

Jonathan Merritt of RNS interviewed her for an upcoming book about her journey and characterized the interview as a defense of her "exit from evangelicalism."


Next month, Evans will release “Searching for Sunday: Loving, Leaving, and Finding the Church,” a book that oscillates between stinging critiques of American Christianity and prescriptions for how she believes we can more faithfully participate in church-life. Here she explains what she believes is the key to revitalizing the church and defends her exit from evangelicalism.

In the interview, Held Evans talks about the spiritual questing of millenials, and why the techniques and strategies of American evangelicalism...rooted as they have been in either marketing, the mall, and pop culture...is not speaking to people raised on the internet and in the shadow of 9/11.

She calls the Church to return to what the church does best:


Sharing communion. Baptizing sinners. Preaching the Word. Anointing the sick. Practicing confession. You know, the stuff the church has been doing for the last 2,000 years. We need to creatively re-articulate the significance of the traditional teachings and sacraments of the church in a modern context. That’s what I see happening in churches, big and small, that are making multigenerational disciples of Jesus.

Actually, this has been the call of the church for a long time. All one needs to do is think of John and Charles Wesley, the Oxford Movement, and Vatican II. When we drift, God has this way of calling us back to our roots...but in the garden where we find ourselves.

So Rachel Held Evans follows in the footsteps of Diana Butler Bass and even C.S. Lewis (to name a few) who found a home in Anglicanism for the expression of a vibrant, expressive, and adaptable Christian life.

But just because Rachel Held Evans is not a communicant in an Episcopal Church doesn't mean that has stopped being an Evangelical. Never mind that there is a vibrant and diverse Evangelical movement (or wing) within Anglicanism. It maybe more accurate to say that she has left "evangelicalism" as the media like to define Evangelicals, but I would suggest that she not left Evangelicalism but that her Evangelical faith has found her a home.

Based on what I have read, she has not left the heart and soul of what makes her a follower of Jesus. Discovering Sacramental living has not caused her to love, read, or attend to the Bible any less. My bet is that just the opposite is true.

Now I admit, from where I sit I see only dimly...through what is written about her journey in the very same media that conflates all Evangelicals, Pentecostals, and Fundementalists into one broad category of "Christian"...leaving the rest of us to do nothing but wonder.

And it breaks my heart when people let the fullness of their faith get narrowed by fleeting agenda and movements of whatever age we live it. When people decide that a Christian isn't a Christian because they don't vote in a certain way. But God is not so easily thwarted and even seems to use that, too. It is what God uses to, as the late Bishop Mark Dyer used to say, clean house every now and then.

Still, I think that she has found a home where she can know and follow Jesus more effectively, a home where she can more clearly proclaim her faith, and place where she knows she can invite people in a relationship with Jesus in all the fullness and all the texture that the Spirit allows. Sounds quite evangelical to me.

Personally, I have found my home in the Episcopal Church after a very formative time in the evangelical world. I don't generally call myself an evangelical, not because it ain't so, but because of what the culture associates with the term which causes distraction. I don't like telling people what I am not on the way to saying who I am and whose I am. And the list of evangelicals, both famous and obscure, who have formed me and who don't fit the mold is very long.

One the things that the Episcopal Church does best is its comprehensiveness. We are one of the few denominations who assume and expect that other denominations exist with the same integrity as we are. For all of our supposed stuffiness, my experience is that we know that the tent is pretty big.

At the same time, I also know the amazing diversity of the evangelical world.

The Holy Spirit is pretty good at defying our expectations, which is why the Church, evangelical, mainline, Catholic, Anglican, Orthodox, and even SBNR, does not fit into the neat two-dimensional, horse-race categories that modern media needs to fit us into a 140 characters in a 24 hour news cycle.

So welcome to the Episcopal playground, Rachel Held Evans! May your evangelical heart be blessed.
Posted by Andrew Gerns at 9:43 AM

Email ThisBlogThis!Share to TwitterShare to FacebookShare to Pinterest
Labels: Being a friend and apprentice of Jesus Christ, Episcopal Church, Faith and Culture, For this we had a reformation?