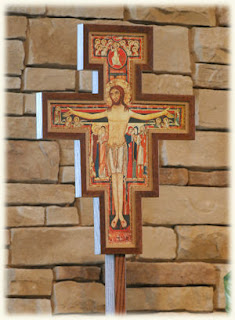 When I was a kid in elementary school, I went to a revival geared to children. Mainly because I wanted a friend of mine, the only son in a family of eight children, to win a bicycle for bringing as many kids as he could to the meeting. And part of that experience meant memorizing this passage: John 3:16, the best known verse in the whole Bible, beating out even the 23rd Psalm. It is so popular that people paint the reference on poster boards to wave at cameras during sporting events.

You probably know it: “For God so loved the world that he gave his only begotten son to the end that all that believeth in him should not perish but have everlasting life.”
But think about it. It took me a long time to realize this, but wasn’t it odd that I was effectively bribed to go to a revival meeting so that my friend could win a bike? Looking back on it, it was a strange, backwards, lesson in everyday ethics.
Well, as I grew up and matured in my faith, I came to think that maybe I had memorized the wrong Bible passage!
John 3:16 is the slogan-passage for many Christians, describing for them the core of Christian faith. That’s the problem with simply reading the Bible by the numbers. Because that’s not how the book was first written and the numbers tempt us to forget about the rest of the passage and its context.
If they were going to make me memorize a Bible reference, it should have been John 3:17 which says: “Indeed, God did not send his son into the world to condemn the world, but in order than it might be saved through him.”
In other words, the whole point of the chapter in John describing Jesus’ encounter with Nicodemus in the dead of night, is that God’s salvation is not about “me” but about “we.”
Many Christians focus on the personal part of the passage: “…all that believeth in him…” part in verse 16 but the real story is at the start of the passage is that God loves the world, and in verse 17, that God’s chief goal is the reconciliation of the whole world.
We have tended to reduce salvation, and everything that goes with it—sin, redemption, holiness of life—to a personal, once-and-done, relationship with God alone. But the point of salvation and the purpose of holiness is we followers of Jesus participate with God in the saving and healing of the whole world!
Jesus says in today’s Gospel that the Son of Man must be lifted up, referring to the event described in our first lesson when Moses instructed the people of Israel to take their eyes off the snakes biting their heals (and to stop worrying about all the things they were complaining about) and keep their eye on the snake Moses lifted up on a pole. Don’t be distracted, they were taught, keep your eyes on God, on what God has both done and is doing. As they used to say in the civil rights days, “Keep your eyes on the prize.”
We are taught to look up and focus on Jesus, our crucified and risen savior. Don’t go for the cheap and easy win. Our ethics matters.
I don’t know if you’ve noticed, but recently some Christian leaders have decided that the public ethics of our leaders does not matter as long as these leaders “win” on “their” issues. After years of being "the moral majority," they are giving "mulligans" for behavior that not so long ago would have given them apoplexy.

I must admit that I am stunned by this. If for no other reason that the sheer irony of it all! Because giving our political leaders "mulligans" in the name of political expediency  is exactly the kind of convenient, pick-and-choose, religiosity that Jesus speaks to in the third chapter of the Gospel of John in the first place!
The Gospel lesson tells us that God’s saving love is for the whole world which means that God desires all people to live in the light of his grace and love. God’s saving love is contagious. We live in the light, and that’s how people know—through our deeds of healing, our works of mercy, and acts of care—that God’s saving love is for everyone.
A long time ago, I learned about how God’s reconciling love shows up every day in a very odd place. Not in a revival meeting or in a church, but during my first and only foray into local politics as a member of a zoning and inland wetlands commission for a small northeast Connecticut town. 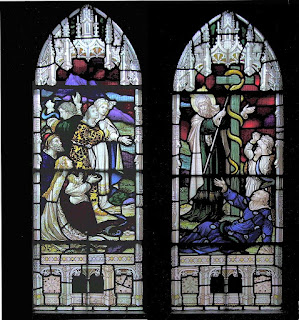 It was, all in all, pretty dull stuff. But I learned a couple of things very quickly. When you serve on this kind of board, people who want to build houses, or condos or a strip mall will want to do nice things for you. Lesson number one was don’t let them! No matter how nice they seem, just say “no.” You did not want to hear your name on the local radio station saying that you voted a certain way because some nice person bought you a pizza or changed your oil for free!
The second thing I learned was that one could not meet anywhere with any more than one other member of the board, or for that matter with the first selectman (the mayor) and other elected officials unless one posted a notice and called a meeting. This was because of our state’s sunshine laws, designed to prevent secret, backroom deals.
When you live in a small town, a sunshine law can be a real pain in the neck. It got to be joke. Meet another commission member in the supermarket line and we’d ask each other “Is this a meeting?” But it also drove home a point: when doing the public’s business, everything had to be in the light. It had to be accountable and accessible. This did not mean that everything did was always right or that we were any wiser. Sometimes the rules made deciding even simple things a whole lot slower, but it could not be in secret!
It taught me as an adult something I first learned in that revival I went to as a kid, that ethics is a full-time job. That what we do when no one is looking is even more important than what happens when people are watching.
Looking back on it, I see this experience as a metaphor for the Christian life. We are people live in the light.
What does it mean to live in the light?
It means that we direct ourselves towards God in all we do.
Living in the light means that we are honest to ourselves and to those around us about ourselves: that we are imperfect and often ignorant, and we are stubborn and sometimes afraid—these are signs of what we call ‘sin.’ But in living in the light, we are aware of not only where we fall short but also where we are growing.
To live in the light means that what we do as Christians reflects on our relationship with God. When we lose our temper or judge a person harshly, we show off where we need to grow. When we show mercy, seek forgiveness and reconciliation, and do a kindness for another, we show that we are giving ourselves over to God.
Living in the light means that we watch out for, and don’t fall into, the tendency of the world for quick fixes, slogans fit for a hat, or simplistic answers to complex problems. When society wants to build barriers to justice or opportunity by reason of gender, or race, or class, we resist it because in the reign of God, there is no pay to play.
There is a transparency in our living in the light: people see us as we are and as we are becoming. Living in the light means leading with what gives us strength and hope.
Living in the light also means that we cast light on others. So, when we call out the best in others, we are living in the light and them to live in the light as well.
When we speak truth to power, we are calling people out of the darkness and into light.
When we care for a person in need or in pain, we shed light on where there was ignorance, or violence or the darkness of sin.
Over and over again, whenever we bring hope to where there was despair we are people who project God’s light into people’s lives. And so we live out God’s will that the world not be condemned but saved through Christ.
Look again at today's scriptures: whenever we look down, focus on the swirling mess around us, give into the culture of win-at-all-costs politics, when we give into fear of the other, we die.
When we give in to the temptation to make our relationship with God so a private matter that it is never discussed or mentioned out loud, we are in fact succumbing to fear and choosing to live in darkness. But because we have through our faith and baptisms taken on Christ and live with him through our sacramental and community life, we live in the light. And that light transforms us, makes us whole, and most of all, brings light, healing, and life to the world we live in.
Ethics matters because our everyday dealings, at home, at school, in business, and in our civic life, matters. Ethics matters because we followers of Jesus live in the light and this is how we carry Christ’s light into the world.

From a semon preached on Sunday, March 11, 2018, The Fouth Sunday of Lent, year B at Trinity Episcopal Church, Easton, Pennsylvania.