Status of My Pet Resolution 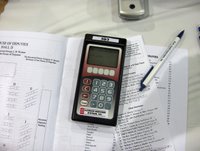 Just to let you know that there are things happening here that have to do with actual mission, I want to tell you about a resolution I co-sponsored D-021, Prison Ministries.

The original was written by Brad Drell of Western Louisiana. Brad and I got to know each other sparring on our blogs and on the House of Bishops/Deputies listserv. While we might be sparring partners, we both love the Lord Jesus and we both have a heart for prison minsitry. He because he is committed to it, and me because God through the person of the original hound of heaven, Bob Romerial (formerly of Trinity, Easton and now attending our branch office in Bethlehem
Posted by Andrew Gerns at 8:00 AM