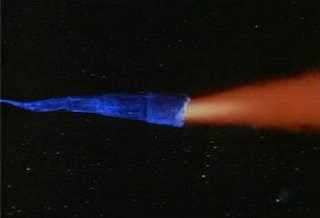 The Primate and Metropolitans of the Anglican Church of Canada has released a pastoral statement related to the recent incursions by the Province of the Southern Cone into Canada.

In the statement they say:

We affirm the statement unanimously agreed to by the Council of General Synod which appeals to the Archbishop of Canterbury “to make clear that such actions are not a valid expression of Anglicanism.” We too appeal to him in his capacity as one of the instruments of communion and as chair of the Primates' Meeting to address the very serious issues raised by this intervention.

The actions by the Primate of the Southern Cone are not necessary. Our bishops have made adequate and appropriate provision for the pastoral care and episcopal support of all members of the Anglican Church of Canada, including those who find themselves in conscientious disagreement with the view of their bishop and synod over the blessing of same-sex unions. These provisions, contained in the document known as Shared Episcopal Ministry, were adopted by the House of Bishops and commended by the panel of reference appointed by the Archbishop of Canterbury.

The actions by the Primate of the Southern Cone are also inappropriate. They contravene ancient canons of the Church going as far back as the 4th century, as well as statements of the Lambeth Conference, the Windsor report and the Communiqué from the Primates' Meeting earlier this year. Furthermore these actions violate Canon XVII of the Anglican Church of Canada which states that “No Bishop priest or deacon shall exercise ordained ministry in a diocese without the license or temporary permission of the Diocesan Bishop.”

Any ministry exercised in Canada by those received into the Province of the Southern Cone after voluntarily relinquishing the exercise of their ministry in the Anglican Church of Canada is inappropriate, unwelcome and invalid. We are aware that some bishops have, or will be making statements to that effect in their own dioceses.

Now the Canadians have said the same thing as our own House of Bishops: the incursions are unnecessary because we, like the Anglican Church of Canada, have a process to include and minister to minority and dissenting dioceses and parishes within our Province and this process has been deemed acceptable by both the Anglican Consultative Council and the Primates Council. Incursions also violates our own canon law, Anglican practice and tradition, and the tradition of the Church going back to Nicea.

The dissident Episcopalians will remind me that I am being nothing but "canonical fundamentalists" (which is shorthand for following the rules....). I guess the Canadians don't live in the Bible Belt...they live in the Canon Belt with all the other canon fundies.

Read more on The Lead of the Episcopal Cafe, Thinking Anglicans, Fr. Jake, and, of course, Cartoon Church...which has some good background info written in plain English.

Love the planet-munching cream-horn from Star Trek. I can hear the leitmotif from the soundtrack...