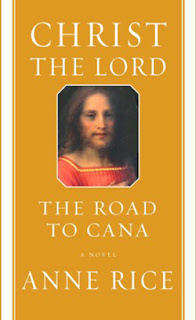 Sam Keyes, writing in Covenant, reviews Anne Rice's second book in her new series "Christ the Lord." He discusses how the iconic incarnation is revealed and expanded on through good Christian fiction.

With this (abbreviated) history in mind, what Anne Rice offers us in her latest installment of Christ the Lord is not, strictly speaking, any more iconic than it is creedal — it is, after all, a novel. Yet its narrative appeal and devotional value proceed from the same emphasis on the Incarnation that frees the Church to see our Lord Jesus and his saints in the wood and pigments of an icon. The Holy Scriptures and the dogmas of the Church remain our unchangeable norms of belief, but the life of orthodoxy, restrained as it may seem on the outside (like any game), is infinite freedom. This is exactly the kind of creative freedom that Anne Rice gives us. She does not invent for us a new Jesus; she helps us see the face of the same Jesus we have always known.

An imaginative exploration of the Christian story, then, is actually made easier by the Tradition. The sort of exhausting counter-mythologization of books such as The Da Vinci Code (or even Philip Pullman’s beautifully written His Dark Materials) is shown by Anne Rice’s fiction to be the fraud that it is; the Christian story in itself is interesting and does not require historical invention or demystification to make it so. And it is interesting, fundamentally, because it contains all the elements of the human story within its central figure: the person of Jesus.

The Road to Cana is short and accessible, but Rice has crafted it with sensitivity to the depths of Christian theology. She uses her words iconically to bring us into a world that is neither the sentimentalist nonsense of many Sunday School books nor the reductive “realistic” fantasy of so many of those looking for the “historical Jesus.” (It should come as no surprise that one of her great scholarly inspirations is N.T. Wright. See their conversation in 2006 at the Grace Cathedral Forum.)

In this second book in her Christ the Lord series (the first was Out of Egypt), Rice focuses on the last few months before Jesus enters his public ministry. The novel opens with the local affairs of Nazareth—an unjust stoning, a communal protest, and a brigand raid. We glimpse Jesus as a young man who inspires both love and resentment in his family and friends. Above all we see his humanity: his love for a girl in the village that he knows he can never marry, his pain over the tragedies of two boys who were killed, his joy in Israel’s life of prayer and worship, his anxiety about his own vocation. Other characters share that anxiety, reminding us of how strange God’s plan must have seemed (and does seem). Here Jesus is confronted by the scribe Hananel:

“Don’t you want to know why I despise you?” he asked.
“Is it your wish that I should know?”
“I know all the stories about you.”
“So it seems.”
“About the strange doings when you were born, how your family fled to Egypt, about the miserable massacre of those babies in Bethlehem by that madman who called himself our King, about the things you can do.”
“Things I can do? I laid this marble floor,” I said. “I’m a carpenter. That’s the sort of thing I can do.”
“Precisely,” he said. “And that’s why I despise you. And anyone else would too if they had the memory that I have!” He lifted his finger as though instructing a child. “Samson’s birth was foretold, not by the angel Gabriel, but by an angel for certain. And Samson was a man. And we know his mighty deeds and repeat them generation after generation. Where are your mighty deeds? Where are your defeated enemies lying dead in heaps, or where are the ruins of the heathen temples that you’ve brought down with the strength of your arm?”