Living the Logos and Imitating the Word 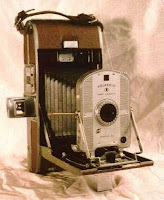 This is what the Gospel of John means when he uses the word “Word” to describe Jesus Christ. When Jesus is described as the word, logos is more than word, it is the very image, the perfect expression of the Living God.

In an age where the written word was seen as having such power as to actually represent the presence of the writer, John chose his words carefully. Jesus is the perfect Logos, the perfect Word, but without transcription error.

When John says that the Word was made flesh and lives among us, that the Word brings light where there was darkness, he is talking about not only the person of Jesus but the continuing witness of the people who believe and follow Jesus.

What does it mean to reveal the Logos, the Word, to the world? What does it take for people to come to belief and know the life that Christ brings? How is the Gospel communicated especially in hard times?

Here is what Bishop Paul said in his Christmas sermon this year at the Cathedral:

Christians and Christianity are at their very best when they move heroically and confidently through difficult times. We say that this feast called Christmas celebrates the generosity of God, and entering that generosity is the key to keeping our spirits up when times are down.

Think about it. Why did Christianity grow so fast in its early years? It wasn’t because the emperor Constantine semi-converted in the year 313—Christian numerical growth had already happened and he merely bowed to that fact. It wasn’t because Christians all had one set of clear doctrines—they were centuries away from agreeing about to talk about God [Chalcedon], and centuries away from deciding what books were in their scriptures. Yet in the midst of its religious imprecision, the Church grew. How come?

The top social historians of our day agree that Christianity grew so fast mostly because Christians were known for their unusual compassion for those around them, especially toward those who were not members of their faith. From the Book of Acts on, they raised money on one continent to aid those on another continent, never for a moment presuming to think that mean little thought, that charity begins at home. They knew that charity does not begin at home. It begins with helping the people you don’t know and might not care for, just as the Good Samaritan did, just as Jesus did by leaving his heavenly home for our sake.

The first Christians let the gospel train them, as St. Paul says in our epistle tonight, to be a people who were zealous for good deeds. That’s a religious way of saying that they were really and truly into serving the world, the whole world. They knew that God’s taking flesh in Jesus for the sake of the whole world wasn’t an event in the past. It was the pattern for their own lives every day. What did that look like?

In about the year 250 a plague struck Alexandria, Egypt, and actually killed more than half of the population. People with resources got as far away from town as they could—except the Christians. In a time of panic and danger, they stayed in town and cared for the sick and dying, and some of them paid for that generosity with their lives. People joined the church.

Throughout the empire, Christians were known to patrol the garbage dumps, but they weren’t looking for antiques. Those dumps were where people placed infants they didn’t want, and the church got a reputation for saving lives that others had put in the trash. People joined the church.

Again, in the Alexandrian community, those who lived on the church’s dole would often go entirely without food one day a week so that they, too, would have something to give others. People joined the church.

Again and again, I have seen that in this parish and in our diocesan community. Christmas Day, I saw people come and feed the hungry with an amazing meal…repeating what had done the previous Saturday where there were also gifts. One fellow in our parish kept coming back and asking for more tags because more and more of his co-workers wanted to take part. On Christmas Day, when we noticed that some people were not with us who might have otherwise been here, a few people packed up meals and went to under the railroad bridges and the single room occupancy hotels to make sure they had a Christmas meal. Last Monday, a number of you braved ice and bitter cold to be sure the Meals on Wheels rounds were completed on a day when a storm weather box was not enough. Today, a bunch of you will fan out across our parish and bring these poinsettias to the home-bound, the shut-in and others in our parish.

People in this diocese sang our own little version of the twelve days of Christmas and since the beginning of Advent has raised $15,000 so far for our partner diocese of Kajo-Keji in Southern Sudan. In practical terms that means 14 Solar Lanterns, 114 Water Jugs, 30 Radios, 19 Bikes, 164 yards of Fabric, 116 Hens, 24 Sewing Machines, 10 Tables, 20 Soccer Balls, 14 Jump Ropes, 20 Plastic Chairs, and 12 Basket Balls.