There is probably no [blank]. 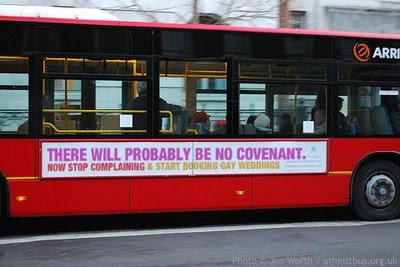 In England, Wales and Scotland, a group of atheists bought ad space on buses and bus shelters saying "there is probably no God. Now stop worrying and start enjoying your life."

Go here and see how your own ideas look on a bus ad. The essential formula is this: 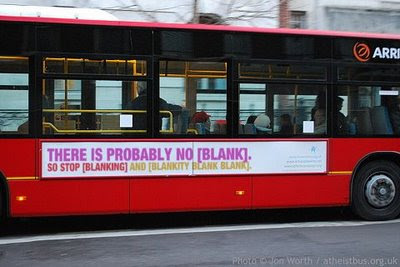