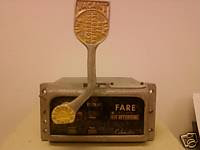 Living a rule of life in the 21st Century is not easy. What would you do to squeeze the Little Hours into a busy, multi-tasking 21st century world? How much would you pay?


I just found the answer in the Religion Blog of the Dallas Morning News:

Too busy to pray? For a fee, a computer will do it for you

This might not be the silliest idea I've heard this year.

But that's only because a lot of silliness crosses my desk.

"It gives you the satisfaction of knowing that your prayers will always be said even if you wake up late, or forget," the site says.

There are prayers for Catholics, Protestants, Jews, Muslims, and others.

My first thought when I found this was: No one would be dumb enough to send these people money.

If there is a way to make a buck, some American will find it. And another will be gullible enough to buy whatever.