DioBeth Standing Committee: Why we chose not to consent 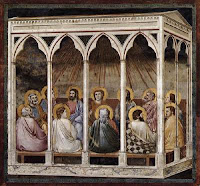 I currently serve as a member of the Standing Committee of the Diocese of Bethlehem and we voted last week to withhold consent for the election of the Rev. Kevin Thew-Forester as bishop of Nothern Michigan. According the Bible Belt Blogger our vote was the one that put the number of no-voting-Standing Committees beyond the reach of confirmation unless some previous no-voting committees change their votes. At the time of our vote, we did not know the actual count and this did not enter into our conversation. The last time our Standing Committee withheld consent was in December, 2006. I was not on the committee then, but as with that vote, the Committee wanted to explain the decision to the whole diocese. Here is the text of that statement.

At the June 4th meeting of the Standing Committee of the Diocese of Bethlehem, the Committee unanimously voted not to consent to the election of the Rev. Kevin Thew-Forrester as Bishop of the Diocese of Northern Michigan. As with our decision in December 2006 not to consent to the election of a bishop, we believe it is important to explain our decision to the diocese.

The Diocese of Northern Michigan elected the Rev. Kevin-Thew Forrester, Rector/Ministry Developer of St. Paul's Church in Marquette and St. John's Church in Negaunee, on February 21, 2009. He was the sole candidate on the ballot at the electing convention. He was to succeed the late Bishop Jim Kelsey, who was killed in a car wreck in June, 2007.

Our decision not to consent was not made lightly. We first met to discuss the question in April. We decided to table the issue until our June meeting so all the members could thoroughly read, think and pray over the issue before making a final vote.

Our final vote was a solemn and sad moment, but one that we believe is correct for our Church. Initially the main concern expressed by members was about the process of Thew-Forrester’s election. But in the end, the decision came down to the bishop-elect espousing a theology that does not uphold the doctrine, discipline and worship of the Episcopal Church.

The well-publicized question of Thew-Forrester’s personal meditation practice was not an issue for us, although we are cognizant that the initial flap over this was the catalyst to further analyze the candidate’s beliefs and teachings. The issues that caused the most concern for our members fell into two categories: the selection process and the ability of the candidate to uphold and articulate the Christian faith.

For some members of the Standing Committee, the process of selection was an issue because the diocese was asked to accept only one candidate. Furthermore, some found troubling the underlying assumptions of how the diocese plans to structure itself after their next bishop is chosen. The Diocese of Northern Michigan has chosen to recast the role of the Bishop into a Bishop/Mission Developer who would work alongside a committee called the Episcopal Support Team. The Episcopal Support Team would carry out many of the functions usually reserved by custom and canon to the Bishop, while the Bishop would carry out those duties specifically reserved to the Bishop (such as liturgical functions and the attendance at meetings) and was to work with the Episcopal Support Team in developing, articulating and carrying out the vision of the diocese. This is an attempt to apply on a diocesan level a model of ministry which the diocese has used in their parishes for twenty years.

“Our intention is to present one name based on prayerful consideration that is the very best fit for the ministry in this unique diocese. It is our hope that because of the careful, prayerful discernment of the team, one person will become the obvious choice. This one person will be presented to the diocese as the team’s best recommendation.”

In addition, while names were solicited from the diocese and the whole church, the group decided not to look outside the borders of the diocese for their next bishop. The insider-nature of the process was highlighted for us by the presence of the candidate as a consultant-facilitator in some of the early meetings of the nominating committee.

Traditional conventions and Episcopal elections are not perfect, but we note that the conventions in San Joaquin, Quincy, Pittsburgh and Fort Worth that voted for the illegal removal of their dioceses from the Episcopal Church were also led by closed groups who in closed groups discerned what was best and convinced their conventions to ratify their decisions. We hope that in going back to find a new candidate, the search process in Northern Michigan will be more open to the wisdom of the whole church.

The issue that posed the largest concern for the most of us was the ability of the candidate to articulate the Christian faith and to uphold the doctrine, discipline and worship of the Episcopal Church. It is clear to us Thew-Forrester is a deeply spiritual man who is passionate and articulate about his approach to faith. However, it is apparent from his writing, preaching and the liturgies he has written that he has difficulty with the most basic teachings of the Christian faith about the person and work of Jesus Christ, the nature of the Trinity, the nature of sin and the atonement.

His teaching is illustrated in his own adaptation of the Baptismal liturgy found in the document called “Baptism: Season after Pentecost” used at his parish, St. Paul’s in Marquette, MI, part of which reads:

This revision is problematic from the start as it is not up to an individual to radically change the core sacramental rites as laid out in the Book of Common Prayer. We have a process for liturgical revision in our church. Furthermore this revision removes both a basic understanding of sin at the heart of the human condition, and the need for the baptized to renounce anything. He assumes that the person being baptized already has within her or himself the capacity to live faithfully if only they will follow an enlightened, and general, “way of life and hope.”

Thew-Forester frequently uses the phrase “at-one-ment” to describe what he understands as the significance of the incarnation: that in Jesus, we find that we are already at one with God and we only need to follow his way to know God. By reducing the life of Christ to a matter of simple awareness, he minimizes the reality of evil while at the same time suggesting that enlightenment does not require choice, change or challenge.

His teaching about the Trinity is troubling as he does not speak of the person of God the Father, the person of Jesus Christ, and the person of the Holy Spirit, but instead uses a kind of Trinitarian language that implies all religions are essentially the same (here and here):

"That’s what I’m driving at this morning. We make the Trinity much too complex. The Trinitarian structure of life is this: is that everything that is comes from the source. And you can name the source what you want to name the source. And our response to that is with hearts of gratitude and thanksgiving, to return everything back to that source, and there’s a spirit who enables that return. Everything comes from God. We give it back to God. And the spirit gives us the heart of gratitude. That is the Trinitarian nature of life. And you can be a Buddhist, you can be a Muslim, you can be a Jew, and that makes sense."

On April 26, 2009, the Diocese of Northern Michigan released a paper written by Thew-Forrester which was an attempt to answer the concerns that were already voiced about his teaching, preaching and liturgical theologizing. In many ways, this paper was useful but perhaps not in the way that the writer intended because it showed many of us that some of our concerns were in fact well founded. In particular, he elevates the incarnation, transfiguration and resurrection while ignoring the witness of the Gospel and epistles and reduces the cross to nothing more than excessive medieval piety. To make his case he uses orthodox and early church writings in ways that would probably be unrecognizable to the writers.6

We are a diocese that respects and encourages diversity. Within our diocese we find views that span the whole range of conservative to liberal on a host of issues. We understand that our life together is bound up in Christ and also that our faith has content that both teaches and challenges us.

While there is plenty of room within our membership for ambiguity and a variety of opinions and practices, a Bishop of our church is after all a bishop of the Episcopal Church. Like every other deacon and priest, Thew-Forester’s ordination vows bind him to "solemnly engage to conform to the doctrine, discipline and worship of the Episcopal Church."

If he finds that his faith life has led him to an understanding of Christianity that compels him to move beyond the teaching of the Episcopal Church, our Baptismal Covenant, and our understanding of the Trinity that is certainly discernment that he must consider. But if he cannot uphold our core beliefs, he cannot in good faith fulfill the ordination vows of a Bishop in our Church, and we cannot in good faith consent to his election.