The burglar admires your decor 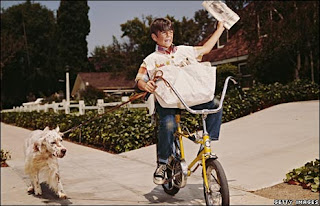 Revised: The following is what I have written to my congregation about the recent news that the Roman Catholic Church is putting in place a process to welcome to their fold unhappy and disaffected Anglicans from around the globe. Here it is:

You may have noticed the story which supplanted the “balloon boy” as this week’s “holy cow!” news event: the Vatican has announced a process to receive en masse disaffected Anglicans around the world into the Roman Catholic Church. I have received enough inquiries, questions, and news stories forwarded to me by e-mail from parishioners that I feel I need to say to all of you what I have said to some since yesterday morning.

What the Pope has done, apparently (if some press reports are to be believed) against the advice of his ecumenical advisers, has set up a process wherein whole groups of unhappy Anglicans and other long separated former Anglicans can now become Roman Catholics in such a way as to allow them to keep their prayer books and the clergy to keep their wives . A denomination which broke from the Church of England in 1991 applied to Rome for recognition and became the occasion for this new scheme.

The intent of the new rule is scoop up newly separated Episcopalians and other Anglicans around the world who are mad over the ordination of an openly gay bishop, the ordination of women and prayer book revision. Some of this unhappiness stretches back forty or fifty years!

What appears to be envisioned by Rome is an “English rite” church-within-a-church, which would have its own Anglican-style liturgy, married priests and even the possibility of their own seminaries. The idea is somewhat reminiscent of the Byzantine Rite Catholics, who worship in a manner similar to the Orthodox but who live under the Pope’s authority. There is a catch. Every Episcopalian or Anglican who availed themselves of Roman hospitality would find that only their baptisms and marriages would count: they would be confirmed anew (no big deal) and the clergy would be ordained again as if they never were (a bigger deal).

The Pope’s plan does nothing to regularize Anglican orders which were declared “null and void” in 1898 by a previous pope. The current Bishop of Rome had a chance to fix that and instead reiterated the dogmatic nature of that move. If anything, the new policy exacerbates the divisions between us. 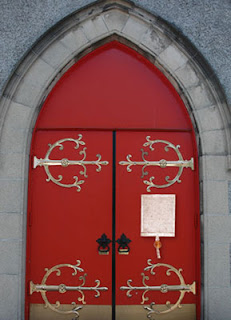 The United States Conference of Catholic Bishops already has a so-called “pastoral provision” that allows unhappy Episcopal clergy to become Roman Catholic clergy, which this new policy would more or less regularize around the world. In the three decades that this “provision” has been in place, something like 30 formerly Episcopal clergy have availed themselves of it.

It is sad to hear that the Bishop of Rome did not have the courtesy to include the Archbishop of Canterbury in his consultations but not terribly surprising. This reveals another aspect that this plan does not change which revolves around the intangible question of ethos. One priest I know, a former Roman Catholic, said in response to my question “Does this change anything for you?” said essentially “Why should I give up Anglican freedom?” The Roman Catholic Church may try to create an Anglican-style ‘church within a church’ but they cannot re-create what has taken 450 years with intervening American and industrial revolutions to form.

The way we Episcopalians live into Catholic tradition, read and “inwardly digest” scripture and make our moral choices will not—and by definition cannot—be carried over to this new thing the Pope is inventing. The Episcopal Church has a unique charism of both Catholic order and democratic polity that few other Anglicans, let alone Roman Catholics, fully appreciate.

Often what divides us from other Christians is not what we believe, but where we see the implications of our beliefs taking us. One example is how we interpret the meaning of the outward signs of how Christian life is ordered—the community of baptized Christians, the three-fold ministry of deacon, priest and bishop, the nature of the sacraments. Both Catholics and Episcopalians understand that these point us to a greater unity of mission which is not our sole possession but Christ’s. At the same time, we see implications that our Roman Catholic counterparts do not: we welcome all baptized Christians to communion, we do not limit ordained ministry to just males, and we know that it is possible for all kinds of people, gay and straight alike, to live as a wholesome example to Christ’s people. 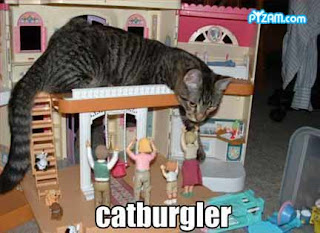 To note what we share is not to say there isn’t a certain sting when we read the headlines. Benedict XVI has managed all at once to intrude into our own church’s internal struggles for a very narrow strategic purpose; insult the very validity of who we are; and, at the same claim to value what we offer. The move seems designed to divide us. Some may take joy in this, but I do not. It feels something like coming home to find that the burglar has left a note on the coffee table complimenting us on our decor.

It would be a shame for this turn of events to further deepen the divide between our churches and between our two traditions. Certainly, we owe a great debt to Roman Catholicism with which we share much. The most important thing we share is our common calling is to serve as Christ’s ambassadors to a world that still suffers poverty, war, disease, starvation, and limited but misused natural resources.

My experience tells me is that the vast majority of ordinary believers will not be fazed by this. Most laity know intuitively what we clergy often forget: that God is bigger than all this and that the Holy Spirit is present every day in ways that transcend mere denominational differences.

I want to emphasize to those parishioners who have joined Trinity, Easton, from the Roman Catholic Church either through marriage or for reasons of conscience, and to those members whose partners remain Roman Catholic, that nothing has changed. Christ is still present to you in this community and in the sacraments. All baptized Christians are always welcome to Holy Communion, “commonly called the Mass,” in the Episcopal Church. The pastoral care of your parish is still here. Your parish family here at Trinity embraces you. This parish and our diocese will still do the often amazing ministries that God has called us to. We remain a church where Catholic order and tradition is uniquely mixed with freedom of conscience, genuine hospitality, and Christian charity.

Here is the original.