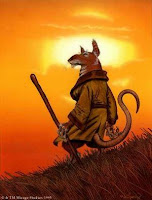 Updated with Version 2.0. Some folks in the Episcopal Church took a couple of years to quantify and describe what many everyday Episcopalians already knew: that much more unites us than divides us.


“Even among those who most strongly disagree with one another, there is some deeply held common agreement about core themes that are most central to Episcopal identity – holding Christ as central, ordering around the Book of Common Prayer and a sacramental life of faith, emphasizing scripture, holding incarnational theology as important, and being pastoral in response to life’s challenges,” observed Gortner. “The findings also provide some exciting opportunities for deeper discussion about how Episcopalians choose to live and express what is most central, enduring, and distinctive about their shared Christian life and faith.”

A video was created to tell us the results of the study and to remind us what we all share. It is very slick and well-produced. I don't know how long it took them to make. Here it is.

Over the period of a week or so, some folks at King of Peace Episcopal Church, Kingsland, Georgia put this video together. Starting this morning, when it appeared on YouTube and then Facebook, it has now appeared on many blogs and web-sites. Here it is:

So, which one better describes the findings of the study? I vote for the Ninjas.
Posted by Andrew Gerns at 10:45 AM

Email ThisBlogThis!Share to TwitterShare to FacebookShare to Pinterest
Labels: Being a friend and apprentice of Jesus Christ, Episcopal Church, Evangelism, Fun Stuff

Like the last several attempts 815 has made to market the Episcopal Church, this one, too, misses the mark. This video may be "slick" but it's a mess -- There's no central message.

If 815 is looking for feedback, I would suggest losing the first 2:40 (Americans are hard-drinking divorcees without health insurance. Why do we need to know this?) and re-cutting the rest to actually communicate a message.

If convenient Andrew, please change your link to point to the grammarians remix...at http://www.youtube.com/watch?v=vJ_lUoloW4M&feature=player_profilepage