Imagine, if you dare 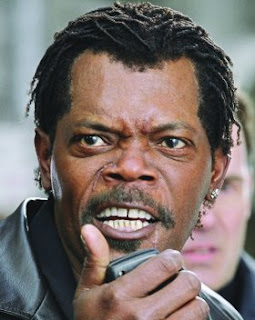 Tim Wise plays a game called "Imagine." As in, Imagine if the Tea Party were mostly black instead of overwhelmingly white. Imagine how our response to it would change.

Let’s play a game, shall we? The name of the game is called “Imagine.” The way it’s played is simple: we’ll envision recent happenings in the news, but then change them up a bit. Instead of envisioning white people as the main actors in the scenes we’ll conjure - the ones who are driving the action - we’ll envision black folks or other people of color instead. The object of the game is to imagine the public reaction to the events or incidents, if the main actors were of color, rather than white. Whoever gains the most insight into the workings of race in America, at the end of the game, wins.

Imagine that hundreds of black protesters were to descend upon Washington DC and Northern Virginia, just a few miles from the Capitol and White House, armed with AK-47s, assorted handguns, and ammunition. And imagine that some of these protesters —the black protesters — spoke of the need for political revolution, and possibly even armed conflict in the event that laws they didn’t like were enforced by the government? Would these protester — these black protesters with guns — be seen as brave defenders of the Second Amendment, or would they be viewed by most whites as a danger to the republic? What if they were Arab-Americans? Because, after all, that’s what happened recently when white gun enthusiasts descended upon the nation’s capital, arms in hand, and verbally announced their readiness to make war on the country’s political leaders if the need arose.

Imagine that white members of Congress, while walking to work, were surrounded by thousands of angry black people, one of whom proceeded to spit on one of those congressmen for not voting the way the black demonstrators desired. Would the protesters be seen as merely patriotic Americans voicing their opinions, or as an angry, potentially violent, and even insurrectionary mob? After all, this is what white Tea Party protesters did recently in Washington.

Imagine that a rap artist were to say, in reference to a white president: “He’s a piece of shit and I told him to suck on my machine gun.” Because that’s what rocker Ted Nugent said recently about President Obama.

Sara and Brian Brandsmeier at "Ephphatha Poetry (where I found this) writes that Tim Wise is a prominent anti-racist writer and activist who has spoken in 48 states, on over 400 college campuses, and to community groups around the nation. Wise has provided anti-racism training to teachers nationwide, and has trained physicians and medical industry professionals on how to combat racial inequities in health care. His latest book is called Between Barack and a Hard Place.

Read the rest here
Posted by Andrew Gerns at 9:49 PM