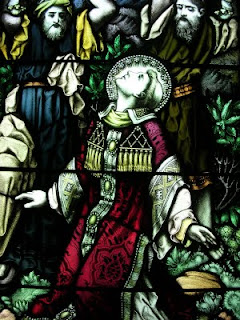 It is the silly season in the religion world again.

I am assuming since you are reading this then you were not taken up at the appointed hour. By now, you have no doubt heard about the Rev. Harold Camping, the radio preacher who said that the world was going to end starting at 6 pm Pacific Time on May 21, 2011. Everyone has been having fun with this…including me. Late night comics, satirists and columnists, reporters and commentators and clergy have been making all kinds of jokes out of this.

It’s easy to see why. But I have to admit that as much fun as I have been having making fun of those who have been buying billboards and radio time to tell us about the end of the world, I had mixed feelings about all this. The media makes it look like every Christian believes like Camping…or at least every evangelical…when the truth is that Camping and his follower represent the tiniest sliver of Christian believers.

On the other end of the spectrum came an interview with physicist Stephen Hawking. He said that there is no heaven at all and that in his view those who believe in one are only in denial about death.

Somewhere between these two polls—one of total denial and one that envisions a dramatic and violent end at the hands of an angry God—is perhaps where most of us live.

Every week, we say together that line in the creed “We believe that he will come again….” And then comes today’s lessons. In the Gospel of John, Jesus tells us he is going to prepare to a place for us and that God’s house is made up of many rooms. And in Acts we hear Stephen, the first Deacon of the Church and the first martyr, as the crowd is about stone him that he has a vision of Jesus coming from his throne in heaven to come get him. When he proclaims his vision out loud, it is the last straw for those who have seized him and they pick up stones and kill him.

Acts tells us that the Church was growing in leaps and bounds. Stephen got into trouble for doing "wonders and signs." He is hauled into court for telling people about Christ. You can read his testimony in Acts chapter 7. But before he launches on his re-telling of the history of God and Israel and the story of people’s response to God—a not too flattering picture--we learn but before he speaks, "his face was like the face of an angel."

But an angelic countenace did not save Stephen from trouble. In those days, when someone said something outrageous, they did not drag him before John Stewart and the the internet for ridicule. Nope, in those days when someone said something like “God requires us to change” they did not make jokes. They took him out and killed him in the most up close and personal way they could think of.

In Acts, Stephen’s message of salvation through Jesus Christ was intimately tied to the mercy he helped the Church give to widows and orphans--people who were tossed aside to fend for themselves with no family, no identity and no hope. His vision of Christ coming in glory was also a vision of God ready to forgive everyone, even those who were about to kill him.

There is another vision of heaven in today's lessons. In the Gospel of John, Jesus is talking to his disciples, in particular Thomas and Philip, about where Jesus is going. Jesus moves the conversation from GPS coordinates to the way we make the journey...and what God has in mind for us when we make it. Jesus says something outrageous: that when we see Christ, we see God. If we want to know what God is like, see Jesus.

But wait! There's more! Jesus also says that we can do what Jesus does...and more! In other words, if we are following Jesus on the way to God, people can see Christ in us on their way to God. And where is he and we going? To the place God is preparing for us. A home inside of God's home. When Jesus says "in my father's house there are many rooms" he is saying there is room for all us. God looks at humanity and has a vision...a vision where there is room enough for all of us in God's home.

So the lessons today give us two startling visions of God who comes to us: Jesus saw God making room for us. Stephen saw that God is ready to forgive. In both lessons we learn that God is present to us even when things are going wrong. This is the vision of God coming to us in today’s lessons. God is bringing heaven to earth.

One of the problems the radio preacher has is that he thinks that God is out there somewhere faraway and has to come down and rescue us and take us to that faraway heaven before he destroys everything. This misses that the whole point of Jesus’ coming to us was to bring God down to earth…that God is with us.

In Christ, heaven comes to earth. God’s space and our space meet. And as Christians, as God’s people, we are the ones who show off God’s presence in the world. As people who are baptized into Christ’s body, we are ones who discover and communicate God’s transforming love.

This is a very different vision than either Pastor Camping or Professor Hawking. God is not out to destroy an irretrievable creation, as Camping says, and heaven is very real…it’s just different than what Hawking assumes Christians believe.

As we meet Christ in the sacramental life, as we yearn to know God more and more, as we look for Christ in the face of the people we meet, we develop a different kind of vision of heaven; vision that knows that God is with us in Christ, and see Christ at work in us and in the world we live in, a vision that changes us and makes a real difference in a world desperately in need of healing.

Instead of waiting to be snatched up to heaven in a second, most believers do great things and often unnoticed things that show us how heaven and earth intersect every day.

This week I heard the story of Mary Johnson and Oshea Israel . Their story shows off how God is at work redeeming creation. The story begins in 1994 when Oshea killed Johnson's only son during a scuffle during a party. Oshea went to prison for murder and toward the end of his sentence, he and his victims mother made peace.

Israel recently visited StoryCorps with Johnson, to discuss their relationship — and the forgiveness it is built upon. As Johnson recalls, their first face-to-face conversation took place at Stillwater Prison, when Israel agreed to her repeated requests to see him.

"I wanted to know if you were in the same mindset of what I remembered from court, where I wanted to go over and hurt you," Johnson tells Israel. "But you were not that 16-year-old. You were a grown man. I shared with you about my son."

"And he became human to me," Israel says.

At the end of [that first] meeting at the prison, Johnson was overcome by emotion.
"The initial thing to do was just try and hold you up as best I can," Israel says, "just hug you like I would my own mother."

Johnson says, "After you left the room, I began to say, 'I just hugged the man that murdered my son.'

"And I instantly knew that all that anger and the animosity, all the stuff I had in my heart for 12 years for you — I knew it was over, that I had totally forgiven you."

Here is a woman doing what Jesus did…and more. She forgives, yes, and then she took on her son’s killer as if he was her own, and then she founded From Death To Life: Two Mothers Coming Together for Healing, a support group for mothers who have lost their children to violence.

What did Mary Johnson see when she looked into Israel Oshea’s face? What changed when they hugged? Whatever changed…it is a vision of God making room in two people’s hearts. It is a vision of God who is present to us even at the darkest moments ready to receive us and ready to forgive.

If you think that Johnson’s forgiveness of her son’s killer is, well, crazy then let me ask you this: which kind of vision of God do you prefer? The empty vision of no-God, or the fiery vision of a vengeful God? Or can we see God's vision for us? Can we see like Mary Johnson? I think her holy, naïve, risky vision shows us that it is possible to see the face of angels anywhere. It is possible to know right now the place that God prepares for us. When she finally found the place of forgiveness it changed everything.

Over and over again, we see the faces of the holy. It often comes to us in strange unexpected ways. When people saw Stephen, they saw the face of an angel. When Jesus saw us, he saw that God makes room for each and every one of us. In Christ, heaven and earth have come together and when people see us—we baptized, forgiven, people of God--I believe that it is possible, in fact even likely, that they see the face of angels. And as Christian people it is possible for us to see God's vision of making room for everyone, of everyone having a place in God's home.


And this is how heaven comes to earth. This is how God transforms creation. One vision at a time.