Time to get out of the bubble 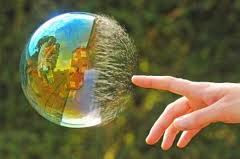 It was for me an Areopagus moment. Maybe you have had one of those? No, huh? I'll bet you might have, and didn't know it. My moment came when I was forced me out of my religious bubble and into the real world.

Last year I had an encounter that I still think about. Some of you may remember me talking about it. It happened one day last summer when I was walking through the mall. I was wearing my "official" clerical garb. I went to the cell phone kiosk to do something or other, and while I was there both another customer and the clerk treating me with a noticeable deference and even with good humor. After a lot of banter about phones with some religious humor thrown in, we parted company smiling.

As I was walking out of the mall, I saw a group of high school aged young men. One of them made eye contact with me and would not let go. This was not a friendly connection. His friends noticed his stare and turned to look. They all folded their arms and watched, waiting to see what would happen next.

He was wearing a black T-shirt that had on the front a red circle and slash over a cross over the caption "no bad religion." I decided that his stare and his shirt were connected. He was clearly trying to draw my attention. Maybe he wanted to stare me down. Instead, I decided to stop and ask about the shirt. After all, if I am going to wear the symbol of the church’s ordained ministry in public, I had better be able to take the brickbats as well as the bouquets.

I complimented him on his shirt. Then I asked him, “Tell me. What do you mean by ‘bad religion’?” What he said was "no bad religion, man!"

“Okay. I hear that. But what makes religion to you?” My hunch was that if the two of us could compare our lists of what constituted "bad religion", our lists would be more alike than different.

My list would start with violence and persecution perpetrated in God's name. I would also add the many examples of hatred that some justify on religious grounds. I also think that "bad religion" is religion that is uncritical or reactive or which puts institutional life ahead of people's well-being. Religion that excludes or belittles people based solely on race, gender or sexual orientation would be on my list of “bad religion.” Religion that doesn't drive us to leave a world better than how we found it is to me "bad religion".

Most of all, I wanted to know his story. What were his encounters with bad religion and what would constitute good religion to him? My hunch was that we probably shared a lot on that score, too--maybe more than he might have expected.

But we never got that far. His answer to my follow up query was only this: “Bad religion stinks.” (That’s not how he said it, but you get the idea.) And then he and his friends walked away. I guess he was not ready to step outside of his bubble, either. Which was a shame.

I thought of this as I read about the Paul’s encounter at the Areopagus, located on a place called Mars Hill in the ancient city of Athens, debating the philosophers in this religious marketplace. As I thought about the young man and his t-shirt in the mall—the Areopagus of our day—I realized that Paul stepped out his religious bubble and entered into a new world to share good news in a new way.

Paul had gone to Athens, the center of intellectual and religious life in Greece, and, for that matter, in the whole Roman world, to meet some friends. This was the place where Greeks worshipped their pantheon…their line-up of gods…they had a deity for every purpose…rain, war, fertility, you name it. To hedge their bets, they set up a temple to the god they had not discovered yet, the one that covered some reality that had not yet occurred to them.

In terms of religious experience, Paul may as well have been from another planet! Paul was a Jew—a Hellenized, cosmopolitan Jew, trained in both Greek philosophy and Hebrew tradition—and that meant that for him there is only one God. And the first commandment says that Jews only worshipped the one God and did not use idols of any kind. But he thought he knew who that Temple of the Unknown Deity might have pointed to.

Problem was that any one from the Greek and Roman world would have considered Paul at best strange and at worst a crazed zealot. Believing in only one God was foolhardy, narrow-minded and sacrilegious. They has strange and strict rules about food and things. Like all Jewish males, he was circumcised which was considered both gross and barbaric.

And Paul was one of those Christians who believed that God not only became human but that he died and rose again. He believed that everyone would experience resurrection someday.

Paul has some choices here.

He could have stayed away from Idol Central and stayed with his own kind. Which is what happened a lot: in many cities right up to our own day, people who think and worship alike often end up living in the same neighborhoods, or hang around the same pubs, or friend each other on Facebook. 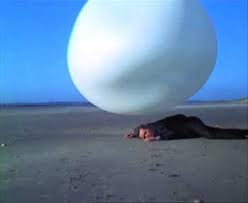 Or he could have started trashing the place. Tearing down false idols certainly would have attracted attention! But he would have simply turned his space into an attack bubble...kind of like that thing that used to chase down Number 6 whenever the Prisoner tried to leave The Village. But he didn’t go there.

He could have just gone along to get along, as some of the folks back home in Jerusalem accused him of doing.

Instead, he chose to leave his bubble and engage them. He decided to tell them about Jesus of Nazareth, the messiah who lived and died and rose again. He decided to talk about how God was at work through Christ and wanted a relationship with everyone.

And if any kind of real meeting was to take place, everyone would have to step out of their bubble...at least a little bit.

Where do we start? How can we communicate the Gospel with any kind of effectiveness when we are all floating around in our own little bubbles? Paul’s encounter teaches us a few things.

The main thing is that all of us—each and every one of us—communicates the Gospel. Like it or not, once someone figures out that you are a Christian and that you take your religion even a little bit seriously, then you are communicating the Gospel. You don’t have to ring doorbells. And you don’t need to wear a clerical collar or a habit. Every day we all communicate the Gospel.

That’s good because, as Paul noticed about the Athenians, everyone is on a search for God. Know it or not, every one of us seeks meaning and purpose for their living. And when we do that, we are seeking to fill a God-shaped space in our hearts. And since that search is not always conscious, it affects our choices and behavior. So our quest for intimacy is also a quest to be known and loved. Our quest for more stuff is also a yearning to have our hearts filled. Our quest for recognition reflects a longing to be understood and valued. I could go on, but you get the idea.

Just as Paul looked around and saw in all the idols and temples a religious people yearning for meaning, purpose and connection, we can look around and see a lot of spiritually hungry people.

Today's Aeropagus is everywhere, not just on Mars Hill and not just in the mall. Only 17% of Americans go to church, synagogue or mosque, and yet the Gallup people tell us that 90+% of Americans think of themselves as spiritual. 78% say they pray and three quarters of Americans say they believe in God. So, just as we always communicate the Gospel, there are people all around us who are searching to fill a god-shaped space in their lives. We could rest on advertising or Facebook to get out the message and hope people step into our bubble. But as important as marketing is, it is not really what tells the story.

What fills the God-shaped space is when one person meets another person who is also on a journey of faith; because Jesus shows us that Godself is best shown in relationship.

God calls each of us—seeker and believer—to step out of our safe zones and to explore discovering God in the real world.

That means that, sooner or later we will have to step outside our bubble. Maybe you won’t encounter the stares of young men wearing t-shirts the way I did. But you might encounter a thank you from a person you’ve cared for, or driven to the hospital, or brought a meal to. You might have helped fill a God-shaped hole when you listened to a person when they were sad, or comforted them when they were alone. Maybe you have communicated the Gospel as you have been present to a person in trouble or as you have taught a child. 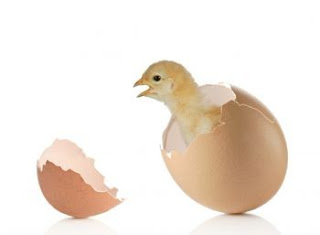 And you’ll know you’re out of the bubble when you have to name who it is you are serving and why. Maybe you’ll be asked why you did that small act of kindness. Maybe someone will tell you of a need and you will offer to pray for them. Or maybe in some small way you’ll be asked about God who animates and fills that space in your heart. Maybe you will have a talk about how you can have both strong faith and big questions at the very same time. Whatever happens, we all have the power to be a messenger of good news in the middle of God’s hurting world. Whether they ask you why you’re doing it or not, it will help you be and live the Gospel when you know the story of how God is filling your God-shaped space.

Sooner or later, you’ll have to leave the bubble.

Wow. Thanks for this. Great job.

This is very good. Thank you!

I've also come across another excellent sermon on the Acts passage from last Sunday. It's entitled "The Anvil Upon Which Many Hammers Are Broken."

Pithy, wise, and timely Andrew. Thank you! Glad to be in the blogosphere with you.