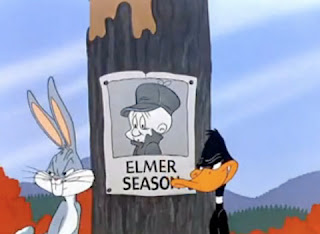 It seems that it's open season on the Episcopal Church.

I guess that's to be expected since we've just finished a General Convention, and while every report I've read and heard tells me that this was one of the most forward looking and hopeful conventions in recent memory, some have taken this as an opportunity to take pot shots at the Episcopal Church.

Most of these attacks are ad-homenum, based on old canards, myths, false assumptions and in some cases inaccuracies and--dare I say it--outright, ahem, lies. All of these are designed to stir up feelings disguised as throughful critique.

Two articles appeared, one in BeliefNet and a similar op-ed in the Wall Street Journal (Friday, July 13, 2012). I wrote about the WSJ op-ed on the Episcopal Cafe today. What is said about the WSJ piece, which has been roundly refuted by a wide spectrum of Anglican writers, equally applies to the BeliefNet piece.


Another op-ed was written by NY Times op-ed columnist Russel Douthat (Sunday, July 15, 2012). A thoughtful writer with a conservative, center-right, bend, Douthat this time resorts to generalizations and falsehood. Maybe he has never really read theology nor studied American church history? I don't know. He romanticizes the current Roman Catholic Church while ignoring huge--obvious--trends in the American religious scene and then blames all the problems on "liberal religion", the Episcopal Church being the case in point.

And, in what must be a violation of a sub-set of Godwin's Law, he trots out Bishop Jack Spong in the opening paragraph.

Here is what I submitted to the comments under the column tonight:

Here is the fact that Douthat avoids: Every American denomination, liberal and conservative, evangelical, mainline, Catholic and Protestant is declining. Here is another truth, "correct" doctrine won't by itself return us to a glorious past.

Our culture has changed, including our relationship to religion.

We live in a free market of ideas. Personal spirituality is more central than corporate religion. Society no longer calls on churches to mediate our values. Less than 18% of American adults attend church, synagogue or mosque. Is it any wonder that the institutional forms of religion have to change?

The Roman Catholic Church has chosen to shut out modernism and suppress dissent.

Evangelicalism covets the mantel formerly held by mainline Protestantism as arbiter of American values and chaplain to the powerful.

As for the Episcopal Church, we seek to follow Jesus Christ by living the Gospel with an attitude of respect, humility and openness.

I invite Mr. Douthat to spend time with us and watch the variety of ministry and the vitality of our communities instead of resorting to assumptions and stale characterizations about the state of American religion.


Here is another rebuttal to Douthat's column.

WELL done. That is all.