A visionary for reconciliation 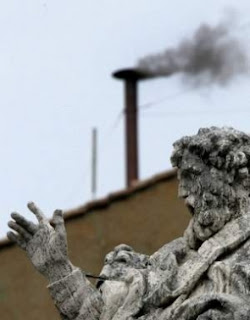 Roman Catholics aren't the only ones looking for signs and signals that indicate where the church is going next. While we didn't look for white smoke, we Anglicans have just gone through our own somewhat arcane process of changing spiritual leaders.  Looking at nothing more than what’s on the internet, here is what one American Episcopalian thinks of the new Archbishop of Canterbury and what might be ahead for the Church.

In the last month or so, Archbishop Justin Welby has posted exactly two blog posts on his new blog and announced that many appointments to his staff so far. We have heard him give a few sermons and, I am sure that some people read over everything he ever wrote or preached as Bishop of Durham or before. 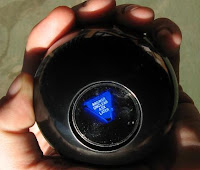 I think we have learned a few things about Archbishop Justin so far, and I have some hunches about the man and his leadership style and where he would like to take the Anglican Communion.

We know about his business background and his conversion to Christianity. We already know that he is familiar with both Central Africa and North America, in particular Nigeria and the United States. This familiarity will be very useful in dealing with Christians from these countries who have at times been both partners in ministry and opponents in conflict.

But there are some hints as to his style and his values that allow us to form some hunches about his leadership style.

1. He thinks about systems and is savvy about how they work.
Both his business background and his theological interests indicate that he understands the church as an organic system and that he appreciates both the gifts and the challenges that this brings.

2. He thinks about the relationships within the system and understands how  relationships make organizational and informal systems work.
His first two appointments are very instructive. Choosing a Canon whose sole ministry will be reconciliation, and who has worked in Northern Ireland, a woman priest who has worked  in America and knows well both Episcopalians and members of the breakaway Anglican-related churches, along with his own African experience, tells us that he is not only interested in the nuts-and-bolts of running an organization or in simply getting people to agree on ideas, he is interested in that relationships that make organization not just tick but have a soul.

3. As an evangelical, he is very interested in redemption and salvation but he casts through the lens of reconciliation--that the work of the Gospel is reconciling God to humanity and that shows up in reconciled relationships and systems that promote healing.
When Americans hear the word “evangelical” one picture pops into our heads. We should put that aside. Certainly Welby is interested in people coming to a personal, living relationship with Jesus Christ that is intentional and life-changing. He is interested in a lived faith grounded in scripture. He is also interested in vibrant communities that communicate the Gospel and invite people into faith in Jesus Christ.  But what is interesting is his emphasis on reconciliation. An important role for the church is that we represent Christ and effect the reconciliation Christ brings in practical terms. If Christians live the reconciling love of Christ, then we will witness to the unity God brings to humanity through the cross and resurrections. Agreement, in this context, is much more than agreement to propositions, but the decision to live and pray with Christ as the center.

4. Because he values relationships and emphasizes reconciliation, Welby sees partnerships as the means to practically and effectively witness to the Gospel of Christ.

4. He is an establishment guy...either because it's the starting point we have or because he believes in the essential goodness of system, I don't know. My hunch it is the former, his tip of the hat to the integrity of people he disagrees with indicates  that he sees that faithful people are doing the best they can with the tools, assumptions and experiences they have. But I am still waiting to learn more.

5. Because he is an establishment guy, he has not lost faith in the power of institutions, including the church, to do good. As an evangelical, he is aware of the power of personal faith, but like evangelicals of another era, he believes that society, not just persons, can be transformed and so institutions can and should seek to become agents of the Gospel, or put in other ways, God’s reconciliation.

I want to make some observations about implications for our common life arising of Archbishop Welby’s style and values by contrasting that a bit with what came before.

Williams is a deeply spiritual man but I think that he saw the Anglican Wars mainly as a contest of competing ideas. This is why he played into the hands of some conservatives because if only one idea can win, why would one compromise?  So he understood that the church was to stand for The Central Idea around which all other ideas are measured and organized.

At the last Lambeth Conference, Williams broke with recent tradition by eschewing legislation and attempting to build community by way of the “Indaba” process of listening and reflection. At the end of the day, though, he gave in to the need to control the outcome by allowing a final report to be issued that reflected less than the relationships being built and more on the disciplinary lens through which he still viewed the situation. Ironic since the Bishops most interested in punishment stayed away and those most interested in dialogue were still frozen out of certain communion functions.

“Communion as a consequence of our choices” was at the heart of the Anglican Covenant project—something we have heard nothing about since Welby became Archbishop. That project failed not only because it could not garner the votes. The Anglican Covenant hasn't worked as a means of clarifying relationships. If anything it has muddied the waters because some members of the communion and their bishops are punished for acting according to their church’s conscience while others have moved into their own circle and refused to commune with anyone with whom they might differ. The present archbishop brings a different sensibility and understanding of communion to his office.

Welby also appears to be deeply spiritual man who is interested in building relationships. He assumes that the issue that counts for the church is faithfulness to Jesus Christ. I think that the folks at Truro, Fairfax, VA,   who think that he is on “their side” because he speaks their language are mistaken, especially if they think that by waiting long enough that they will "win." My bet is that Justin will shock them by reminding them of what the apostle Paul had to say about staying in communion with people about whom you believe are just plain wrong.

Archbishop Justin, though, is more than a mere pragmatist. Both Williams and Welby share a vision of the church as a reconciling force in the world. Welby appears to bring to the task a different vision of the peace that  happens when people who were once far away are brought near by the blood of Christ how that distance might be bridged.