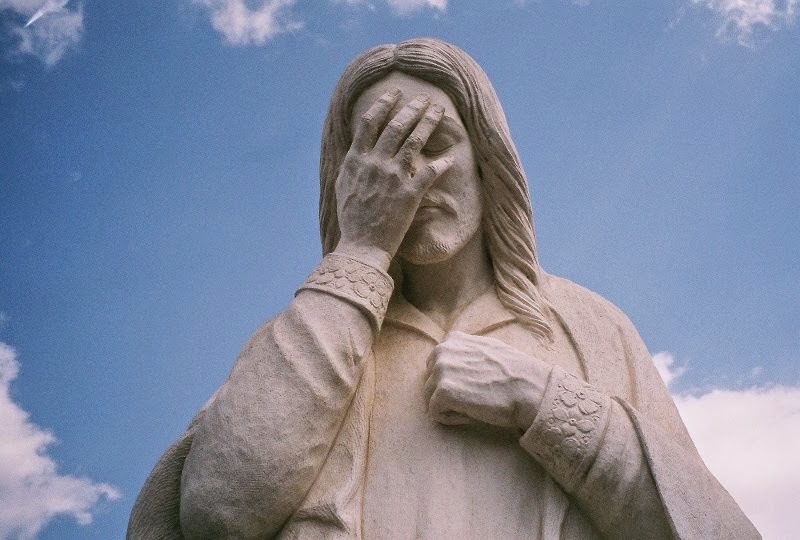 It happens. In my giddiness, I spoke too soon.

A few weeks ago, I wrote that now that the Church of England will consecrate female Bishops, that this meant

“that among the things that changed yesterday when Parliament and the Queen cleared away the final hurdles to women being consecrated Bishops in the Church of England is that apparently any lingering doubts about the validity of the orders conferred by women bishops in other parts of the Anglican communion has been resolved.”

Well, I spoke too soon. Kelvin Holdsworth, Provost of St. Mary’s Cathedral in Glasgow, read the Declaration on the Ministry of Bishops and Priests, the compromise that was written into the enabling legislation. And this is part of what he has to say:

This has come about because the compromise that the Church of England has adopted over the consecration of bishops who happen to be women is to give an assurance that there will still be new consecrations of bishops who still refuse to accept that women can be consecrated as bishops.
This means that some bishops of the C of E will not accept that other bishops of the C of E are bishops at all.
I say that is a novelty and I say that the situation is absurd.
Now, to be absolutely clear, I think that it is a great thing that great new opportunities are opening up to great people. Of course the episcopate should be open to women and men. Of course it is exciting that women are going to be consecrated in the Church of England. The price though, was a muddle that I think that many will one day regret. It is also a price that women are going to be expected to pay.
All this is just a further extension of something that I think will probably one day be called (inaccurately) the Anglican Heresy. I think this heresy (which strictly speaking is more of a Church of England thing than something which affects most Anglicans in the world) is the notion that one should be able to accept or reject a bishop according to whether or not they fit with one’s theological peccadilloes. This seems to me to have come in initially through the ministry of suffragans who often seem to have been appointed to give “theological breadth” to episcopal oversight in any one diocese rather than to simply share in the episcopal oversight of the diocesan. Thus we have had evangelical parishes wanting to associate with and be on the receiving end of episcopal oversight from an evangelical bishop and anglo-catholics doing likewise.
This got worse with the appointment of the so-called Flying Bishops who wandered around the Church of England ministering only to those disaffected by the ordination of women as priests.
It has now reached the point of absurdity with bishops being appointed who don’t believe other bishops being appointed to be bishops.
Notwithstanding the genuine joy that many feel at the forthcoming consecration of female candidates as bishops, I also know both male and female friends who feel somewhat hesitant at the terms on which this will be done.
Are we really getting to a point where some people will be ordained as bishops in the Church of England who will not be able to participate by the laying on of hands in the consecration of other bishops in the Church of England?
If so, that is a novelty of monumental proportions. It is an absurd situation which others within the Anglican Communion are likely to feel very concerned about indeed.

On the one hand, the Church of England is free to create whatever muddle it wants. We (in the Episcopal Church USA) certainly did! On the other hand, how the Church of England handles this sets the tone for all the churches that make up the Anglican Communion. As I previously noted, we have learned the hard way that this type of conscience-clause doesn't work, doesn't satisfy the needs of the uncomfortable because there is never enough assurance, it is unjust because the compromise will fall solely on women bishops, and is a muddled witness. It is one thing to honor the conscience of a weaker brother in Christ (and in this case, the weaker conscience almost always belongs to a guy) but it is quite another to measure our progress according to the comfort level of the most resistant (or the most impulsive) member of the body.
Posted by Andrew Gerns at 12:29 PM

Email ThisBlogThis!Share to TwitterShare to FacebookShare to Pinterest
Labels: Anglican Communion, Bishops, Church of England, For this we had a reformation?, On being an ambassador of reconciliation