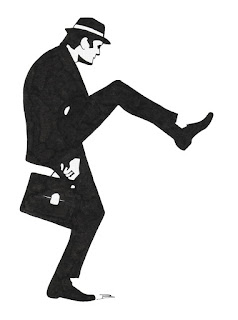 A sermon on the commemoration of Channing Moore Williams, Missionary Bishop in China and Japan, 1910.
Unless you are wonky for all things Episcopal, you probably missed this. Recently the Diocese of Oxford in the Church of England published a blog post written the Rev. Paul Eddy called “Ten Tips for a Man-Friendly Christmas Eve Service.”
The Rev. Eddy is a vicar and is also, it seems, their missioner to bring men back into church. You see, the surveys say that men stay away from church in droves except at Christmas and Easter, when presumably, the wives (or their mothers) drag them to church. So he set out ten tips to make Christmas more man-friendly. Well, he did until the Diocese of Oxford decided to take the post down.
Some of the rules are tried and true…stuff clergy hear all the time.  You know, short sermons…don’t let church go on for more than an hour (45 minutes is even better)…easy to sing hymns.
Speaking of that, one idea strikes me as kind of gray: set the Christmas carols in a key that men can sing. We don’t want baritones to unwittingly attempt to sing up in the heavens with the sopranos.  Now I have some sympathy for this idea. For example, I agree with Garrison Keillor that the “Star Spangled Banner” should be sung in the key of G instead of its customary A-flat. But since most Christmas carols are, well, carols they are already in a key accessible to most voices. At least they are to this baritone.
Some of the ideas struck me as downright silly. And these are the ones that brought the most reaction. Among them:

5. Talk about the adventure and danger of the Mission Christ had. Tell the story of a martyr.
7. Employ masculine imagery and language.
8. Play a video clip from an action film as a metaphor.
10. Present Christ the man rather than Christ the infant, and focus teaching on Christ’s power and mission, rather than just his meekness and gentleness.

In short, he is telling us that it’s time for Jesus and his followers to man-up.
This reminded many people about the trend in some churches to combine worship with mixed-martial arts…an attempt to show Jesus as a macho not a wimpy figure that manly-men can really identify with.
We can debate some other time whether or not he has a point...but his solution is to give in to a kind cultural captivity. And not only about assumptions about gender and masculinity, but the temptation to be embarrassed by the radical nature of the Gospel and the temptation to gloss over it's demands. He wants to make the Gospel easy to swallow.
Proclaiming and living the Gospel requires every day Christians like you and me to experience a kind of spiritual cognitive dissonance.
If you don’t believe me, look around.
Here we are talking about Advent as a season to open our hearts to God, to prepare ourselves for the coming of the savior.  Advent is all about the truth that we are at once living in God’s time and in our time at the very same time. We are waiting for God in quiet expectation in the middle of the Crazy Busy Season. We are quietly lighting Advent candles while the culture is talking about magical snowmen and reindeer with headlights. So if you get the idea as you go about your daily living that as Christians we are not speaking the same language…well, it’s because we aren’t.
This disconnect is so built in and so challenging that some Christians want to fix it. Among these are the people who want to trade in one kind of political correctness for the kind that requires every store clerk in the land to wish us all a Merry Christmas…and like it! In their earnest anxiety they miss the truth that all of us followers of Jesus are by definition pilgrims and aliens.

We are tempted to make it so hard that people run away...or make it so easy that the whole exercise seems trite.
But if you think you have it bad, think about the person we commemorate today, Channing Moore Williams. He founded churches in China and Japan and helped form the Nippon Sei Ko Kai, the Anglican Church in Japan.
Yes, he faced violence. Yes. He had hardship. But to do his work, he had to learn not just a language but a culture. He was not tough, in the popular sense of the world, he was present and persistent. He was quiet and scholarly. Along the way he started several Christian institutions including St. Paul's University (Kyoto), St. Luke's Hospital (Tokyo), and he founded vibrant Christian communities in, among other places, Nagasaki
A missionary once told me that most important skill for in his work was the ability to listen. I think it is true for us, too. Before we can invite people to Jesus, we have to know who we are inviting. We have to hear their story. Lift them up in prayer. Walk with them. Respect them. Having done that, the invitation is natural…and outgrowth of a relationship and not merely a sales pitch. That means we have to be just as at home with Jesus through our prayer, study of Scripture, and our sacramental living.
But above all, we must resist the temptation to the silly. Clever schemes and tricks won’t communicate the Gospel. And even if it fills churches (or auditoriums) these gimmicks will only distort if not outright hide the Gospel.

I mean, look at that blog post I told you about.

Everyone was talking about it—and making fun of the post or arguing for or against it-- anything but the life-changing, creation-healing, reconciling Good News of Jesus. This is why the first rule of mission work is (or ought to be): “Don’t be silly.” At least not needlessly so.

Instead, watch, listen, pray, and when you communicate the eternal love of God to all creation avoid the temptation to resort to gimmicks.
Posted by Andrew Gerns at 3:33 PM

Email ThisBlogThis!Share to TwitterShare to FacebookShare to Pinterest
Labels: For this we had a reformation?, Mission, On being an ambassador of reconciliation, Saints, Sermons

Turns out Professor Google's Archive held on to it:-
http://webcache.googleusercontent.com/search?q=cache:62kHLq36XA0J:www.oxford.anglican.org/ten-tips-for-a-man-friendly-christmas-eve-service/+&cd=1&hl=en&ct=clnk&gl=us