The medicine for the world 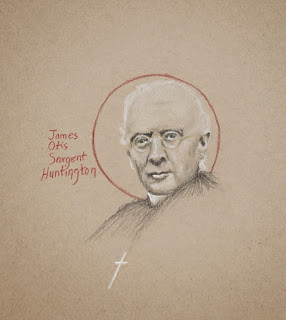 A sermon on the Commemoration of James Otis Huntington Sergent, Priest and Monk.
Wednesday, November 24, 2015

Once when I was in high school, an ice storm hit our city and towns. My parish was in the south end of Hartford and the Rector was away. The temperature was plummeting. The power was out everywhere and it was impossible to move about safely.  Things looked bleak. Except that the church, for some reason, alone among the two housing projects that abutted the church, still has power and still had heat. The rest of the neighborhood was dark, but the church was not.

But it did no one any good because the church was closed.

My Dad was the Senior Warden at the time and the Rector was away. When some folks from parish who lived in the neighborhood, including a young Church Army evangelist, called to describe the problem, he said without a moment's hesitation "open it."

He piled us all into our little Saab and we carefully drove to church and joined this impromptu relief effort. Somehow cots appeared and soup was made. Some of us had to go door to door to tell people that the church hall was open and there was food, heat, and light. To me, it was a great adventure!

In the middle of the night, someone (I don't know who) said that we should stop and pray. And so my Dad led a bunch of us in Morning Prayer...it was still dark out but it was after midnight. Then we went on doing was needed doing.

For some reason, that incident from my youth came to mind when I was reading about James Otis Sargent Huntington, the priest who founded the Order of the Holy Cross. Not only was he a key figure in recovering monasticism and religious life in the Episcopal Church, he did so in the context of ministering to the poorest of the poor, and the most outcast of society, in the streets of industrial New York.

Huntington was active in the labor movement and promoted the idea that landowners and industrial owners have a responsibility to those whose work makes their wealth possible.

I have always been taken by the fact that in the Episcopal Church, our 19th Century revival did not take place in tent meetings or in auditoriums but in parish houses built as community and learning centers in cities, in city streets, in places where no one could hide from the fact that the price of America's industrial revolution was a concentration of human misery and displacement rarely seen in human history. Our revival was a recovery of Catholic ritual and theology, yes; but more than that, it was an intentional experiment in connecting the ancient practices of prayer with a modern response to the needs of ordinary people in our day. 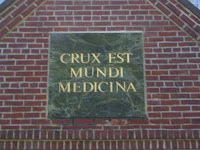 Some of the early experimenters could not live with Huntington's rigor of the monastic offices, daily Mass, and work. And it is certainly not for everyone. Nevertheless, this recovery of monasticism in the city streets changed the Episcopal Church forever.

You see it is easy for activists to be active, but to ground our activity in prayer changes our work into a prayer.

And it is easy for prayerful people to pray for people's souls, but to be active in the context of their living incarnates that prayer. It makes our prayer a living thing.

Which is why Huntington's experiment in monastic living as the framework for activism is so important. If the cross really is the world's medicine, then we who practice first-aid treating the world's wounds must be grounded in prayer. And to live in the rhythm of daily prayer and Eucharist is a daily reminder that in Christ, God is at the heart of the world. In Christ, the daily struggles for bread, for work with dignity, for education, for health, are brought to God in the cross. And through the cross, God is with us in our struggles.

And as we gather in this parish on this and every Wednesday, Sunday, and Holy Day around this altar, and as we pray the offices together and separately and lift to God the concerns of the world, we find that God is present in all we see and do. We discover against that the cross is in a tangible, useful, and eternal way, the medicine of the world.

Email ThisBlogThis!Share to TwitterShare to FacebookShare to Pinterest
Labels: Being a friend and apprentice of Jesus Christ, Everyday Ethics, Faith and Culture, On being an ambassador of reconciliation, Reflections, Saints, Sermons