On not being a robot 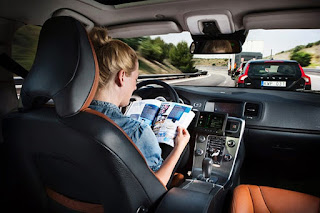 Lord, be thy word my rule;
in it may I rejoice;
thy glory be my aim,
thy holy will my choice;
thy promises my hope;
thy providence my guard;
thine arm my strong support;
thyself my great reward.
Christopher Wordsworth, 1807-1885
Hymn 626 in Hymnal, 1082
A few weeks ago, I was riding my bike and, on leaving the excellent bike trails around Easton, had to navigate for a time on the city streets. The driver of a one car did not see me riding lawfully with traffic along the right side of the road, with parked cars on my right and traffic on my left. This is, perhaps, the most dangerous kind of bike riding because if a door suddenly opens or a parked car turns out, it is trouble for the bicyclist. Anyway, the car did not give me the required four feet of space that Pennsylvania law requires and I had to dive for the curb to avoid getting smooshed.

As the car went by, I noticed that the driver must have seen me and reacted too late, because it swerved about a car-length after it passed me. Then I noticed that the car was festooned with cameras. It was a car from a certain ubiquitous web-search and software company driving around mapping the city. As I got back on my bike, I wondered if it was an automated car. I know that they are in Pittsburgh now, and these things are in the news. But I wondered, if this vehicle had been driven by computer would it have noticed the bicyclist it nearly creamed or if it was only a human that missed me.

I chuckled at the idea that if a computer car had smooshed me, at least it would have been following the rules!

Thinking about the coming technology of self-driving cars started me thinking about obedience; because when you train a computer to drive a car, you have to train it to obey traffic laws and the rules of the road. That would be easy. The hard part is training it to be attentive to the world around it. And sometimes it won't know what to pay attention to. Bicycles, squirrels, pedestrians, other drivers, the weather, and the time of day all have this way of randomly tossing us the unexpected.

I remember teaching my kids how to drive. They were so concerned about the pedestrians and squirrels, it was hard to get them to remember that that red sign meant stop, after which one much ‘go’ again!

But computers are backwards from people because they have to be taught every single thing that might possibly happen before you set them loose. The problem is that while we need to know the rules of the road, blind obedience to those rules can wreck your car or worse! They don’t call it artificial intelligence for nothing! 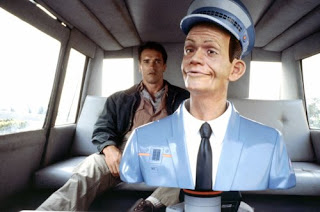 The life of faith does not lend itself to artificial intelligence. But we, like an automated car, have to learn to navigate both old and new roads in new ways. When we decide to become intentional about our Christian living, sooner or later we have to learn how to be obedient without causing wrecks. In the Rule of St. Benedict, obedience is not merely blind adherence to a set of rules. Instead our rule of life informs our living and our life of faith.

But when we think of the Ten Commandments or the Sacramental life or the Book of Common Prayer or the Rule of St. Benedict as nothing more than a series of religious traffic laws that tell us how to act, when to stand, who to hang around with, and so on, we make it impossible to deal with the unexpected. And know it or not, we start making silly procedural regulations that keep us in the letter of the law instead of keeping us attentive to where we are.

If we are not careful, we might feel as if we earned God’s wrath, or at least disapproval when these rules get broken. And this wears us down spiritually. It reinforces the idea that we are “not up to the task,” and that the task itself is beyond our reach. In our spiritual journey, it causes us to smoosh pedestrians and swerve too late.

One solution might be to get rid of the rules altogether. It is common these days for people to decide that since, in their view, all religion is regulation, that it is best to junk it altogether. They assume the posture of “spiritual but not religious.” That is, they seek the benefits of spiritual living—attentiveness, inner peace, creativity, compassion, and so on---without any of the regulation or dry dogma that they associate with religion.

Folks who make this choice often cite Jesus himself in telling me why they participate less and less in whatever church they are running away from.

But imagine our roads if there were no rules at all. Some say that we may as well be that way. When I was a kid in New England, my dad used to say that the dream of total global disarmament was impossible as long as Bostonians were allowed to keep their cars. But even there, as strange as it seems, there are unwritten practices that help people navigate the roads.

In other words, people come up with rules and ritual even if no one writes them down. In our culture we assume that every one of us has within themselves the resources to lead a full, happy life without any appeal to outside help. We think that we can Google our way to a deeper life, picking and choosing what appeals to us. The problem is that this cuts us off from the wisdom of people who have gone before us, so we don’t discover the lessons of the pitfalls and strengths of the rich traditions of the Church.

So without a rule of life…without obedience…we are all over the road when it comes to our spiritual living.

Another challenge for the person who chooses “spirituality without religion” has to do with accountability and transformation. One question I sometimes raise with folks who talk to me about their preference for a spirituality without religion is whether their approach has an impact on their ethical decision-making, their sense of justice, and their accountability to someone beyond themselves.

In other words, does your spirituality change you? Does it make you a better, more ethical person? Does is make you attentive to the people and world around you while, at the same time, it makes you more mature and capable? In short, besides blessing your existing habits and preferences, does your spiritual life give you a firm framework for your living?

In the rule of St. Benedict, the element of obedience balances and holds in tension the equal elements of “amendment of life” and “stability.” In other words, it helps stay put where we need to stay put; and it helps us to change what we need to change.

Everyone has something in them that they want or need to change. It might be an addiction, a habit, a tendency to repeat the same mistakes, a personal quality that gets in our own way, an unhealthy way of relating to others that needs to change, but we all have something. The leg of The Rule called “Amendment of Life” addresses our life long call to orient our life towards Christ, and that means change.

And everyone needs to be grounded. We need to not flit from new thing to new thing, or to be a chasing after the next spiritual fashionista. This is addressed in the part of The Rule dealing with “Stability,” which calls us to stay put.

What keeps from either becoming stuck, on the one hand, or from bouncing from thing to thing, on the other, is the third aspect of The Rule, “obedience.”

But obedient to what?

If you are an Episcopalian, then what we are obedient to is the structure and forms we have chosen to live apart of. In others words, the Book of Common Prayer: weekly Eucharist (at least), daily prayer both as a community and by ourselves, and the sacramental life starting with Baptism. It means we read a part of the Bible daily. It means that when are sick we call for a priest and ask for the sacrament of the sick. When we get married, or celebrate hallmarks of our lives, and when we die, these are all acts that happen in Christian community.

Obedience in our context means that we understand all of us…laity and clergy…to represent Christ in the world.

The Prayer Book teaches us that the main representative of Jesus to the world is the baptized person and that ordained orders exist to train, support, equip, and support the baptized as they live out their Christian vocation in their daily living.

Obedience teaches us to follow Christ. We may find the pattern of daily office, stopping to re-call the Saints of the Church, weekly Sunday Eucharist, regular giving of our means to care for the poor and to support the Church, to be strenuous, even at times out of reach, but in doing it we find that we learn something of the even bigger need to follow and obey Christ.

The idea of being almost run over by a robot-car reminded me that obedience is much more than following the rules. It is also about paying attention to the world around me, and applying those rules as safely, and as ethically as I can manage…it requires creativity and the occasional judgement call. I thank God that we are not robots merely programmed to go from place to place, but are growing people who seek change grounded in Jesus balanced by obedience.
Posted by Andrew Gerns at 5:31 PM

Email ThisBlogThis!Share to TwitterShare to FacebookShare to Pinterest
Labels: 3n1-1n3, Being a friend and apprentice of Jesus Christ, Reflections, Rule of St. Benedict

Thanks for this Andrew! Very timely since I'm facilitating a Bible study at the jail this week on delighting in God's commands. I'll steal (but attribute 😀) some of your ideas about robot cars. Thx!

Thanks for this Andrew! Fell upon it (ok, led to it by God) at a perfect time. I'm preparing to facilitate a Bible study at the jail on delighting in God's commands. I'll steal (and attribute 😀) some of your ideas, especially the robot car. Thx!