How to Survive This Election as a Christian 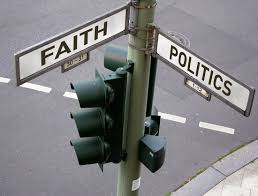 He wrote in the New Yorker:

A group of scholars who have been monitoring the descent of the bar over the past few decades have concluded that the bar can no longer be lowered, the scholars announced on Friday.

The academics, led by Professor Davis Logsdon, of the University of Minnesota, published their conclusion after their research definitively found that the bar had finally dropped to its lowest possible position.

“For those who thought the bar still had room to be lowered, our findings resoundingly contradict that assumption,” Logsdon said. “The bar is now essentially flush with the ground.”

Since July, I am thinking that they must now be digging a ditch because the bar keeps descending to lower and lower depths!

And I know I am not alone. As I talk to people around the parish, around my City of Easton, and even (on-line) from around the country, this whole season has been one massive test of faith.

How can an everyday Christian survive this election season?

Brooke Perry, a seminarian at Western Seminary in Portland, Oregon points out that there are at least two things eating at the soul of our civic discourse, regardless of one’s political persuasion or affiliation: fear and opinions.

A narrative of fear has consumed this election season. Whether it’s rhetoric on the campaign trail or what we hear in the media, a narrative of fear has crept into our daily lives.
The election.
Those two simple words drum up a great deal of anxiety, fear and opinions. And this isn’t wrong. But I am tired of reading a lot of things from a lot of people—a lot of Christians in particular—who are speaking out, but from a distance. It seems to me that much of what we do behind a keyboard is driven by fear.

One aspect of this is that we have lost the ability to talk to each other about our common civic life. We have forgotten that “politics” is not simply about whose party, which candidate, wins the horse race. The real work is how we as a society get done the things that need doing, and how we as a society are going to order the priorities of our common life.

In that context, disagreement, even debate, should be expected. But when the goal becomes “my side wins at all costs” and even worse, our argument should utterly destroy the opposition, not a lot is going to get done. And if we can’t disagree with civility, then we cannot compromise, and if we can’t compromise then we are frozen, and all we have left is our frustration and anger.

Christian witness in this atmosphere does not arise from mimicking or blindly aligning with the culture’s values. The Apostle Paul reminded the Christians in Rome that not being conformed to the world means allowing God’s Holy Spirit to transform our minds (Romans 12:2).

Jesus, who could at times be very hard on the ‘powers-that-be,’ based his ethic on love and said over and over again that God’s reign, God’s kingdom, is present and real right now! But it is we citizens of Christ’s kingdom through faith and baptism who both bring it about and represent Christ to the world. So how respond to this political season is very important.
The first we can do in response to this crazy election season to the Kingdom to fruition is remain calm even when the air is filled with fear-fueled and cruel words. And to do that, we must pause.

When you’re angry, pause.
When you’re scared, pause.
When you’re tempted to join the angry mobs of people who don’t quite know what to do with all of their valid emotions, pause.
Pause. Pray. Give yourself a little bit of space to invite the Holy Spirit into these very valid concerns that an election like this one will bring up in our hearts, and see what God would have us do….

Taking her thoughts a step further, when you are tempted to blast someone in person, or by e-mail, or on social media…pause.  When you are tempted to react to a wild story or rumor about a candidate by repeating it, re-posting it, or stewing about it…pause. I have found in these moments that www.snopes.com is my friend, not to mention sites like www.polticfact.com, to put the wilder stories and images in perspective.

When you are tempted to think that only one candidate is the “Christian candidate” and begin to think of Christianity as simply another interest group that lobbies, buys votes, and must be defended, then stop. Pause. Recall that Jesus reminded his followers that his kingdom was not the same as the human polis that we inhabit.

Archbishop Desmond Tutu and the Dalai Lama are, regardless of the different religions, the best of friends. Both have experienced actual political oppression, violence and exile. Together they have written a book called The Book of Joy and they havegood advice to us as we spiritually navigate the end of this very difficult political season.

Tutu says that “fear, anger, hatred exist in our own minds and hearts as well, it’s not just ‘out there.’ If we realize that, we can have compassion for what’s underneath the vitriol.’’ Tutu counsels us to cope with unpleasantness like dishwashers, not vacuum cleaners — take dirt and wash it off, don’t suck it up and retain it.

I have been helped by turning to the Ignatian Exercises to help guide me through this season of turmoil and vitriol.

First, realize that elections are important and that we have both a civic and Christian responsibility to take part. Politics is not win-lose, zero-sum game. It is an on-going process.
We must also remember that even if “our” candidate wins, they are not the Messiah. No human leader will ever solve all our problems, and they certainly can’t give us inner peace.

Having said that, here is the pattern I recommend:

Listen to not only what the candidates are saying and doing, but what is going on in our hearts and minds and what is going around us.

Discern what God’s values are. Discernment means listening with our heart, our ears, and our mind. It means listening with God’s heart as well. How are Scriptural values of justice, care for the poor and outcast, and respect for the dignity of all God’s people reflected in the candidate I am voting for?

Act on what we are called to. We live in faith that our choice is the faithful choice, while remembering that we are not God. We act as faithfully as we can to live out Christ’s love in the world. And we know that no matter who wins or loses, God is still in charge of creation and Christ is still establishing God’s kingdom.

Pray. Before, during, and after each step, pray. Give our hearts, minds, and senses to God. Make your decision a faithful offering to God in the same civic sphere in which Jesus walked, taught, and healed, and for which he died and rose again.

Finally, love. You may be surprised to discover this, but there are brothers and sisters in Christ who might actually disagree with you. Sometimes occasionally. Sometimes a lot. Our relationships are not defined merely by our politics, but by our common membership in Christ. That sister and brother in Christ who votes differently than you is first and foremost, a forgiven sinner and child of God, just like you.

Jesus calls us to love the world, the sick, the wounded, the outcast, the lost, and the least. That neither begins nor ends at the ballot box. It begins at the foot of the cross, gathers us around the font and the Eucharistic table, and sends us into the world in love.
Posted by Andrew Gerns at 4:05 PM

Email ThisBlogThis!Share to TwitterShare to FacebookShare to Pinterest
Labels: Being a friend and apprentice of Jesus Christ, Everyday Ethics, Faith and Culture, On being an ambassador of reconciliation, Politics and Faith, Real Life Ethics, Rule of St. Benedict