"Call" is trickier than it looks 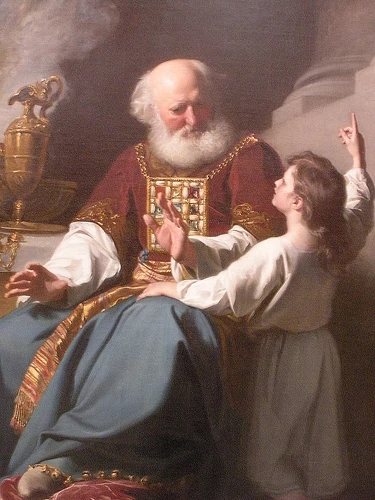 “Call” is a tricky subject. We take the words for granted in the church, but the whole idea is a mine-field of expectation, vision, and self-image that can bring beautiful vision to life, motivate us to do grand things, send us on journeys of faith… or lead us to do incredible evil. To paraphrase religious writer Frederick Buechner, “[Call] is like nitro-glycerin. It can either heal hearts or blow-up bridges.”

If you don’t believe me, just wait around this week and watch the news.

This week we commemorate The Rev. Dr. Martin Luther King, Jr. and there is no doubt that he was called… called to lead his congregation, his people, his nation, to the civil, economic, social, and spiritual liberation of African-Americans from a 400 year history of enforced servitude and oppression… and that this call cost him his life.

And this week, we’ll inaugurate a new president, whom we hope will bring out our better angels instead of encouraging what we saw eleven days ago, when the countervailing forces of fear and evil were at work when thousands of mostly white men and women turned what seemed like a protest into an attempted insurrection so that they could overturn an election they lost at the behest of a president who came to power on the very resentment fear and anger that these people have harbored since well before The Rev. Dr. King first came on the national scene in Montgomery, Alabama in 1955 and 1956.

Now here’s the thing that serious Christians, serious people of faith, must come to terms with: both the civil rights movement and the capital rioters last week used the language of “call”--- of adherence to something higher than themselves—to justify and explain their actions, to motivate their followers, and find energy for their cause. It’s just that one was after a common good and the other perpetrated an evil.

As I said, “call” is a tricky subject.

How do we know if a “call” is from God or is coming from someplace else… someplace contrary to God?

Today we hear a snippet of scripture that sounds wonderful, even whimsical, at first: the call of God to Samuel. Samuel is considered a prophet in Jewish and Christian tradition, but he was the last of the Judges. Before Israel was governed by hereditary kings, they were governed by Judges. These were not people in long robes presiding over courtrooms but were senior religious figures who governed the nation. They not only took on the rabbinical role of settling local disputes, but it was thought that they—being especially attuned to God and particularly holy—could govern the nation.

Samuel was being raised by another Judge, named Eli, but while Eli might have been a person of great faith, and wise in the way of faith, he was a rotten judge of character when it came to his sons, Hophni and Phinehas. Hophni and Phinehas were lazy, drunken, and spoiled. They were sexual predators and thieves. Worse, they thought that because their Dad was a Judge, they could do pretty much as they pleased, and they did not pay Eli any mind when he would mildly rebuke them for their bad behavior. To top it off, these two neer-do-wells assumed that they’d inherit the family business and be the next Judges over Israel. When it came to his sons, Eli was a softy and a push-over

One night, the boy Samuel—who was the only child of Hannah, who had dedicated him to God, and so was being raised by Eli the Judge—was trying to get some sleep when he hears a voice calling his name. Samuel assumes it was Eli, and goes to find out what’s up. Eli, shaken awake by his young student sends him back to bed. Three times this happens! Finally Eli, realizes that it is God who is calling Samuel, so he says to his young padawan, “the next time you hear that voice, say ‘Yes, Lord, your servant listens.’” And that’s what happens. Samuel listens and finds that he is called by God to be a Judge and a Prophet.

Well, not so fast. The thing that Samuel learns from God is that God has pretty much had it with Eli not being able to discipline Hophni and Phinehas—and worse, putting up with the evil they did in Eli’s name abusing God’s name and authority in the process! And so, Eli is not only going to lose his job as Judge but will die in the process. When Eli presses Samuel to tell him what God said to the boy, he learns his fate and says “The Lord must do what is right.” Or, as we might say today, “it is what it is.”

So… you see what I mean, right? Call is a tricky thing!

And, that is before we get to what we talked about before… that sometimes we attribute some pretty horrible ideas to “being called by God.” How many tyrants, opportunists, and even everyday insecure people fall back on the language of “call” to justify their actions?

I mean, going back to the Rev. Dr. King, how many segregationists and white supremacists justified their active evil, or their passive acceptance of an obvious evil, by blaming their actions on the “call” or “will” of God. How many could not distinguish between “the way it’s always been” and the will of God?

In today’s Gospel, I can see why Jesus liked and called Nathaniel. Because he was as faithful as the day is long… and he was nobody’s fool. When Andrew and Philip come running to him about having found the Messiah—his response was “yeah, right.” But his friends persisted, and they invited him to come and see. Nathaniel’s call came through his skepticism and Jesus knew not to shower him with sweetness but instead to bust his chops. Nathaniel could take what he dished out and seeing that Jesus knew him in a different way, followed Jesus’ call to discipleship.

But sometimes “call” takes us beyond ourselves and these very human, very ingrained, ways of thinking.

To hear a call is to take one above and beyond oneself. A sense of call is a heady thing but it can go to your head, so one must be careful. And most calls, truth be told, are not specifically religious or to a religious vocation. The other day, I saw on Facebook, how a young woman who grew up in this parish, Keri Appleman, will start her turn as a student teacher, fulfilling what her mother Shae says is a lifelong dream… to become a teacher in a classroom! To undertake this calling in a time of pandemic will be a daunting task, but Keri is up to the task and we both congratulate and pray for her as she lives out her baptismal vows and her calling.

This weekend, Peg and I have been hosted by the Rev Can himself, Father Dale Grandfield and his husband Brad, as we get ready to move to Florida this week. It was this congregation that raised up Dale and sent him off to Seminary to pursue and test his call to ministry. He was our music director, and any parish would have assumed that this was enough, but Dale knew there was something more, and this community nurtured and encouraged that in him. Hearing and pursuing a call may take us in unexpected places.

This parish undertook a call to share in the feeding and sheltering of the poor, the hungry, and the homeless, and we know this ministry today as the Ark Community Meal. But way before Easton had Safe Harbor and before the revival of Easton’s downtown, this parish took turns with other churches in sheltering the homeless from the cold. This parish community’s heart for ministry, led by the vision of Fr. Jim Gill, Janet Charney, Fr. Cliff Carr, and so many others, attuned us to listen for God in creative ways that this led not to only Safe Harbor, but also ProJeCt of Easton, Cops’n’Kids, Turning Point, Third Street Alliance and so many other local agencies and ministries that serve the poor, the outcast, women, and children, and the elderly and those with special needs. Listening to a call can draw out from out amazing, holy, creativity.

This parish chose once and for all to repent of our past ambivalence (and resistance) about whether to welcome LGBTQ persons into our parish, and were so led to embrace the ministry of Sr. Helena Barrett, the first openly gay person to be ordained in the Episcopal Church, and encourage her along with Sr. Alison Joy to form a new Benedictine religious community. After the Pulse night club shooting, we as a parish decided to proudly proclaim that welcome publicly in both word and deed.

This parish hosted a pilot of the Episcopal Church’s “Becoming a Beloved Community,” and worked with Lafayette College and other community agencies to speak out about the sin of racism, held community workshops, and decided through the Vestry, that this parish—as a whole—would be life members of the NAACP through the Easton Branch.

During my time here, we have experimented in many ways responding to the call of God in a variety of ways. Our concerts and artistic endeavors, the founding the Chautauqua of the Two Rivers, our choral scholars—two of whom came to faith and were baptized as young adults in this community—our work with Lafayette. We adopted a school in Kajo-Keji, South Sudan, and made audacious decision to tithe our capital campaign to build that school.

My experience of this community over the past nineteen years that this is a community that strives to listen for the call of God in big and little ways. Even our bike rides, our picnics, and partnerships with other parishes were living responses to the call of God to “discover, share, and live God’s love as friends and apprentices of Jesus Christ.”

Now, the time has come to listen again to the call of God. God is taking you to a hope-filled future. It is a heady thing, this business about call, so be careful not to get ahead of yourselves. Time and again, I have learned the hard way that good intentions become pavers on the road to perdition when we let ourselves think that we know better than God what God wants. So stop, pray, listen, discern, pray some more, and—above all—don’t be bamboozled because the evil one wants our good intentions to lead us someplace else. Meet your calling with integrity, inquiry, and, yes, even humor, and God will honor you with great things and trust you to follow him as friends and apprentices of Jesus Christ.

Listen for God’s call. Respond to God’s voice. Be discomfited by God’s urging. And may God go with you in all you do.

Sermon for the Second Sunday after Epiphany, Year B, January 17, 2020, at Trinity Episcopal Church, Easton, Pennsylvania. This was my final sermon as 13th Rector of that parish.