The vastness and closeness of God 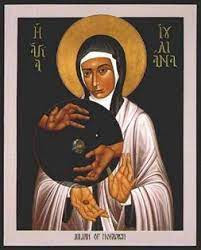 In 2008, Fr. Jose Gabriel Funes, the Jesuit director of the Vatican Observatory, said that the vastness of the universe means it is possible there could be other forms of life outside Earth, even intelligent ones.

When I mention this to folks, the first response I get is “Wait. The Vatican has an observatory?”

This seems more than a little ironic given that little falling out between the Inquisition and the astronomer Galileo 500 years ago.  Actually, the Church—Roman Catholic, Anglican, Orthodox, and Protestant—has supplied the scientific community with physicists, astronomers, and all kinds of researchers for long time, many of them ordained, since the beginning of what we now call “modern” science. But that’s not the point.

Basically, this Jesuit priest said that it is okay for Roman Catholics (and the rest of us) to believe in aliens. As Admiral Pike will someday say to Captain Kirk, “I am relieved!”

This is not just esoteric speculation. The question is really this: now that have a hint of how vastly big and how vastly small creation is, is God really bigger than Creation?

I am no scientist, and I don’t play one on television, but knowing that we have the technology to see to the very edges of the universe and measure its size, at the very same time we can use colliders to measure the smallest particle we can imagine, which was unofficially named after God, what Fr. Funes said begins to make sense. God is greater than all creation and the more we see the vastness of creation, the more we see the majesty and power of God.

Okay. So, God is very big. Does that make God incomprehensible?

Well, except for God’s grace and for the fact that we humans are wired to inquire, that would be “yes.”

God has always been incomprehensible by any ordinary standard. Justin Martyr, that seeker for the truth who died in about 167, said that anyone who thinks God can even be named is “hopelessly insane.”  And yet we still seek.

Would it surprise you, you who routinely and daily live with the benefits of chemistry, physics, microbiology not to mention also live under the shadow of a global pandemic and what we used to call “The Bomb”, to hear how a 14th Century English mystic once contemplated both the very big inside the very small?

Dame Julian of Norwich was an anchoress who lived in a private monastic cell attached to an English Cathedral when she had visions, or “showings” of God. One of those “showings” concerned happened when she contemplated what she saw inside a walnut. She saw all of God and God’s creation contained in that little shell. To see the vastness of God in something so small ought to appeal to us who know the wonder of DNA and marvel at pictures taken from an orbiting telescope.

Rather than be overwhelmed by God’s sheer size, Blessed Julian found love. Toward the end of her life, she penned this short but profound exchange: “Would you know your Lord's meaning?” she asks. “Know it well, love was his meaning. Who showed it to you? Love. What did he show you? Love. Why did he show it? For love.”

We can seek and ponder and reason…and we should because we are wired to inquire… but finally we discover that God is always shown best in relationship.  This is where our evangelical friends, have it right, along with sacramentalists like us: what really changes us is our relationship to God who comes to us where we are and touches us as we are, at the point of our deepest need.

There are people, some of whom are of a scientific mind, and even some religious folk, who proudly wear the badge “skeptic”, who tell me that the Trinity is incomprehensible. To which I say “yeah…and…?”

I might also reply “tell me again about the multiverse….?” You know, the idea that there are multiple universes that exist at the very same time? Besides the fact that it makes for interesting science fiction, it shows us that Christians aren’t the only ones in the cosmological marketplace where apparently contradictory truths can co-exist at one and the same time.

And how about the mathematics that underpin not only modern physics but also chemistry and astronomy…what is the basis for that? About a decade ago, Scientific American spent a whole issue debating the assumptions—and implicit acts of faith within them--behind the high-level mathematics that undergird the advances we take for granted. The funny thing about physics is that when you drill down deep enough not only do our perceptions change, but the line between fact and faith becomes pretty darned blurry. The more we unravel the mystery, the more mystery there is.

And that to a person of faith, as Archbishop Rowan Williams once said to evolutionary biologist, and famed atheist, Dr. Richard Dawkins during an Oxford debate, is a beautiful thing.

The Trinity, the Christian doctrine that says that the oneness of God is expressed in a trinity of persons and a unity of being, tells us some things about the very nature of God. I'll name three:

First, God is complex to the point of unknowing.

Second, God is by definition relational and that means interactive; and

Three, God is by grace knowable.

The God of the whole vast universe, who made heavens and earth, is also the One who walked the earth in the person of Jesus Christ. The God whose Spirit moved at the beginning of the universe and brought it forth, either by word or by big bang, is also the Holy Spirit who animates our hearts. And as vast as creation is, God is this close!

We are able to measure how big and how small creation is using the tools that see down to the sub-atomic level and also galaxies far beyond our own; but there is no limit to how close God is to us.

Of course, we can only know so much, and often we distort or trivialize what we do know about God. We can hyper-focus on that one truth that makes God real to us … and in our fervor risk turning that truth from liberation to oppression. That’s how heresy happens: you take one truth and follow it out to its own illogical conclusion.

The Pop Atheists claim there is no God based on the folly of those who do awful things in the name of God, which, of course, says nothing about God, but a lot about us…and the prophets described that observation first and in greater detail.

Similarly, the folks who call themselves “spiritual but not religious” take the truth that we are all spiritual and have the capacity to inquire and to know God and assume, therefore, that there is nothing that the community of faith, ancient liturgy and scripture can teach us. To which I reply, if we cannot see the farthest galaxy or the smallest atom alone, without the help of others; if we cannot learn and fight disease alone; then why should we think that knowing the depths of God in the depths of human experience is a thing we can do all by ourselves, without tools and without help?

In all this…skepticism about religion, doubts about God, anxiety about our future…the common element is the human one. What really worries—and turns off people—is not God (nor science) but the messiness of human relationships. The politics, the meanness, the unpredictability, the irrationality, the selfishness—the sin—of humankind, is really what gets in our way. Blame it on God, if you like, but the problem is us.

The Trinity, which we celebrate today, tells us that our complex God is at once relational, knowable, and intimate.

The Holy Trinity is, for me, my spiritual "LaGrange Point" where life hangs in the gravitational pull between science, spirituality, and lived experience.

And I love that we start our season of “ordinary time” between now and Advent—where we drill down into the nuts and bolts Christian living by learning (and doing) the teachings of Jesus—by first contemplating and celebrating the wonder, complexity, and simplicity of the Holy Trinity.

God knows that we are limited and that we can only know so much. We can’t get away from the fact that the universe is vast and yet our brains can only fit under a baseball cap. But the Trinity tells us that remarkable truth that God is not so distracted and entranced by the bigness of creation to forget about us. That is why God comes to us in ways we can understand and know and touch; in the incarnation and person of Jesus; in beautiful things both small and vast; in redeeming relationships; in prayer and silence, in music and art, in science and meditation; in broken bread and poured out wine; in companionship and service to others; in birth, cross, and resurrection.

The Trinity reminds that the very bigness of God is as close to us as our hearts.

Here is a link to the bulletin for the First Sunday after Pentecost: Trinity Sunday at St. John's Episcopal Church, Clearwater

Here is a link to the Scripture readings for Trinity Sunday

Here is a link to a video of the sermon.

Here is a link to a video of the liturgy.

Here is a link to a sermon by Bishop Nicholas Knisely of Rhode Island (web link).