Grace in and out of uniform 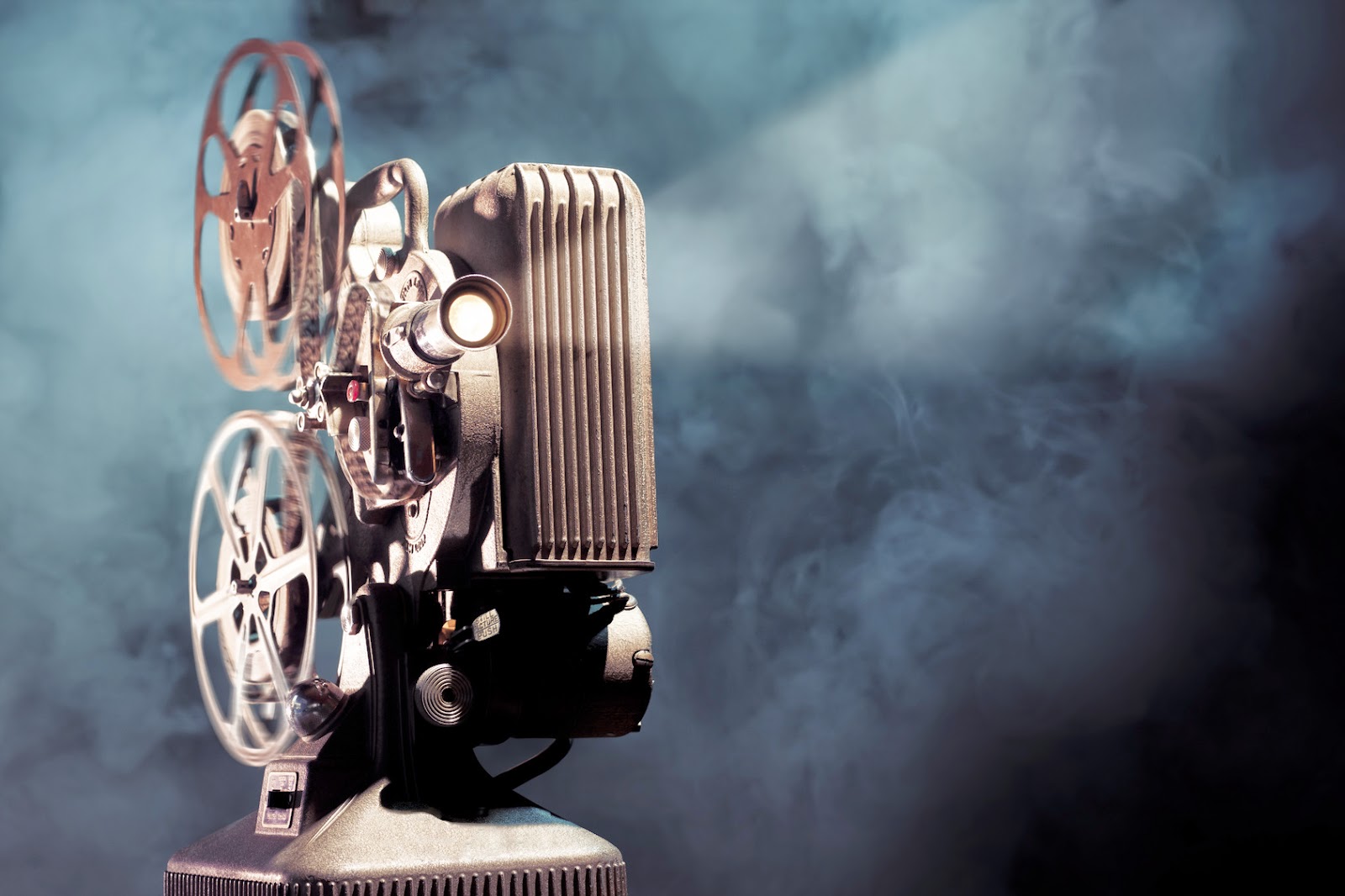 There is an old joke that sometimes pops up in ordination sermons. I forget the run-up but the punch-line is “It’s not a clergy shirt, it’s a projection screen.”
That line came to me when I read a piece in the Christian Century (and linked in The Episcopal Café) about the need for clergy to not be shy about wearing their clerical collars.
In it, the Rev. Samuel Wells, a vicar in the Church of England at St. Martin-in-the-Fields in London, talks eloquently about all the different ways that the clerical collar speaks to people. He related the different responses he gets to his clerical garb. One, person, a firefighter, appreciated his wearing the collar because he felt the cleric was taking him seriously. Another said that he should avoid wearing it because he felt “like you’re condemning us as sinners.” And the kicker was when, as a deacon, he turned aside an apparent request for confession from a bus driver on the technical point that deacons don’t hear confessions. Wells regretted that response saying, “My clerical collar had done its work.”
Sigh.
Been there. Done that. Bought the tab collar.
Already the column is getting quite a number of comments on the Café’s comment section and on Facebook, including, I suppose, this.
In many ways, I identify with Fr. Wells’ experience. I get all kinds of responses to my clerical garb. Almost none of it is about me, and almost all of it tells me something about the person who I am meeting. But it took me a while to learn that.
One of the things nearly every person preparing for ministry in a mainline denomination in the USA must do is take a unit of Clinical Pastoral Education. As a former clinical chaplain who once held a board certification, I have taken quite a few of these. The most basic thing a person learns in their first (few) unit(s) of CPE is about how to carry their authority as a minister--how to give it and how to receive it. They also should learn about the basics of transference, counter-transference, displacement and projection. When you take that first CPE unit as a person not-yet-ordained, you have the distinct experience of having to function without “the uniform.”
Sometimes the uniform can be helpful. Like when I had my first clinical experience at hospital in England, where a bunch of us Yanks along with some Canadians were sent to do field placement. Dressed in our respectable coats and ties but talking with a funny accent, we found that none of the patients in our ward would talk to us. Turns out that we were confused with a group of equally young, equally earnest Mormon missionaries. When the deacon in our group suggested that we all go to the ward wearing cassocks, the patients began to open up. Why? Because they knew that we were somehow CofE and therefore “safe.”
Sometimes the uniform can get in the way. Like the times when patients refused to open to me in clerical uniform but would later chat away happily when I returned wearing a necktie with my lab coat.
Sometimes the uniform can open doors…which is handy when you need to visit a patient who has called you from the nursing home at 11 pm…and close them. I am aware that many of female colleagues have many strange, and sometimes quite horrid, stories of how people have handled the cognitive dissonance that comes when an unprepared person sees a woman dressed in clericals.
Sometimes the uniform means absolutely nothing. Like the time a young woman walked up to me in Barnes and Noble wondering if I could help her find a particular book. The black suit and clerical collar meant nothing to her, except that this well dressed person might work here as a clerk. 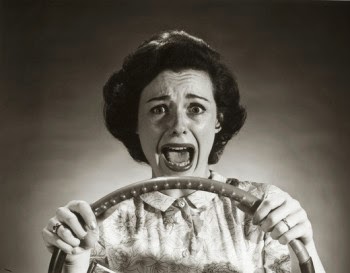 My dad used to say that the most important part of the car is the nut holding the wheel. The same is true of clergy garb. The most important part is the person wearing it and how they receive what is projected on that handy screen they happen to be wearing.
Once some members of my first CPE group pulled a prank on one of our fellow group members…and the supervisor quietly went along pretending not to notice because either the lesson was so rich or the situation so priceless…or both.
Our colleague was really bothered that as a lay person she could not wear a clerical collar (and her Bishop did not allow his seminarians to wear the then-common “seminarians collar”--if you don't know what that is, that's probably a good thing). So she was very glad when our lab coats came equipped with this very nice patch sewn above the breast pocket that said in large letters “CHAPLAIN.” She felt that the patch gave her an entrance that allowed all kinds of good things to happen.
She’d bring this fine intervention to group or tells us about an amazing conversation…and then she’d sell her own authority short by saying something like “well, if it weren’t for this (meaning the patch) I’d never have….”
So one of our number quietly and carefully removed the sewn on chaplains patch from her lab coat and then hung it up in its usual spot.
Of course, soon she came back with the story of another great encounter and, as usual, she gave at least part of the credit to the badge. Only when the ringleader of our little gag leaned over and put the patch in her hand and showed her that she went nearly a whole week with a plain white lab coat did she understand that the power of the encounter—the care, the listening, the prayer, the articulation of meaning and the consciousness of the divine—happened not because of the patch but because of the meeting of persons.
I have a habit I picked up in clinical settings of allowing my parishioners to decide what they will call me: Father, “Padre”, Andrew, Parson…whatever. And I choose to wear the archetype of my office for the same reason. Because how people respond to the trappings…the title, the symbol…not to mention my race, my gender, my age, my wedding ring, whatever…tells me something about the person of God in front of me at that very moment.
When a doctor tells me not to wear a clerical shirt in hospital because a patient might think they’re dying, it’s not about my shirt.
When a parishioner leans on me after a Eucharist because it’s one more week without her late husband and everyone has gone back to their lives except for her and everything, including the liturgy, reminds her of the love of her life now dead…it’s not the chasuble speaking.
I don’t care whether a person wears street clothes or pontifical garb, it's not the collar doing the work.

Once I went to a free comedy show in my city’s amphitheater. The mayor was the master of ceremonies introducing five comics. At the start of the show, he looks out in the audience sees me and says “Oh! Hello, Pastor!” It didn't matter that I was wearing a t-shirt... four of the next five comedians still had to make jokes at my expense. If you can’t take the transference, get out of the kitchen.
These things—the titles, the garb, all of it—are nothing but tools. And they are good ones! Make no mistake: the symbols speak and it is often powerful! And just as often they take one to unexpected places. How well the tool works depends on the skill and artistry of the person using it.
You know what really pulls me up short? It’s when I am walking through the grocery store or the hospital, and I am saying “good morning” and looking people in the eye, and holding open doors and engaging in strangers in conversations and then I remember…oh, yeah! I’m wearing a golf shirt. No one “knows” who “I am.” Gee!
At moments like this, I have to laugh at how I am still learning that same silly lesson!

Graceful encounters happen… even when out of uniform!
Posted by Andrew Gerns at 7:09 PM